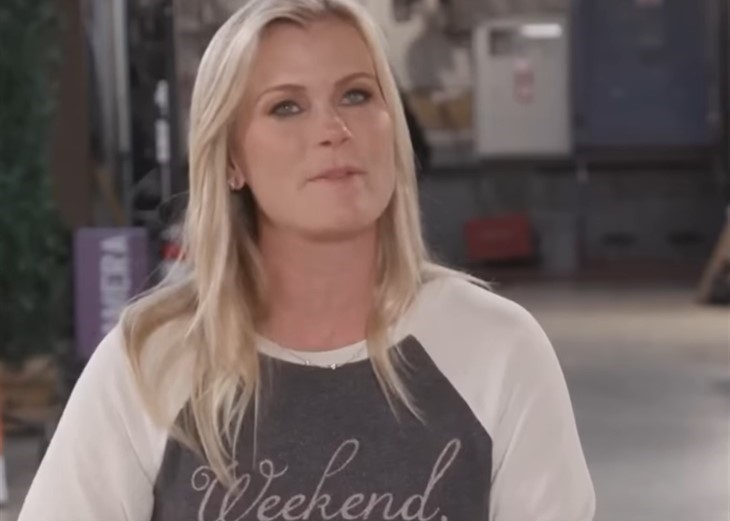 Days Of Our Lives spoilers and updates reveal Alison Sweeney is back for some drama as Sami Brady on June 23, 2022.

Days Of Our Lives Spoilers – In A Reecent Clip, Alison Sweeney Talked About The DOOL History.

She noted that she was a big fan of the show and fans of some of the show’s popular supercouples. She shared that she watched Days of Our Lives before getting hired for a role. She started watching when she was just 12 years old. She confessed that she was a huge Jack (Matthew Ashford) and Jennifer (Melissa Reeves) fan as they shared a clip of their classic wedding scene.

Sweeney shared how she finally admitted it to Ashford and how she struggled not to call him Jack when she got employed by the NBC daytime drama. She also noted that she was a big fan of Carly (Crystal Chappel) and Bo (Peter Reckell) and she was torn when Hope (Kristian Alfonso) came back. Another one of her favorites was Roman (then played by Drake Hogestyn) and Isabella (Staci Greason).

DOOL Spoilers – Alison Sweeney Talked About Being A Fan

Recalling, she noted that she was a big fan of the show. She talked about her process of getting a role on the show and when she met Patrick Muldoon (Austin Reeves) and she got to do a scene with Christie Clark (Carrie Brady). Sweeney shared that she was at school, and her mom found out that she got the job as Sami. Her mom sent a note to the administration office, she was walking out of Math class and her teacher told her that she got the job. She dropped her books freaking out in excitement as it was only two days after her audition that she found out she landed the role of a lifetime.

Sweeney wanted to play a villain so she was happy that she eventually got to play that part. It was fun for her as she reflected on some of the dramatic scenes. Of course, she loves going back every time she gets even though she works on other projects. Sweney is back for some drama this month as things develop with her and Lucas (Bryan Dattilo). Watch below!