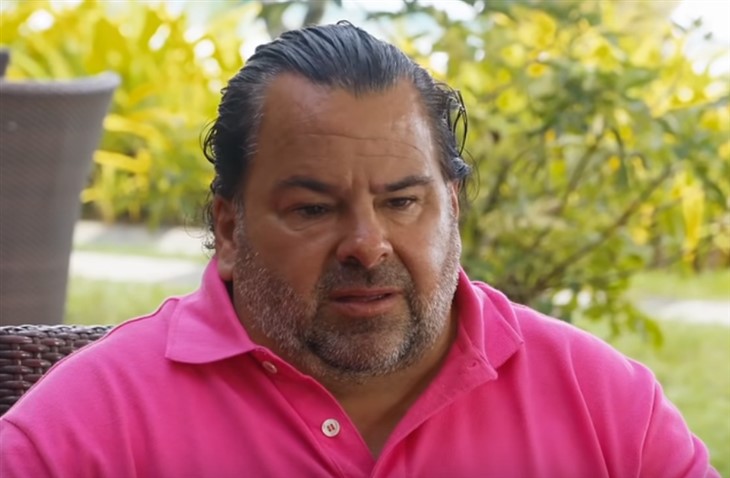 90 Day Fiance fans felt awed and disgusted when they heard that Stephanie Matto sold her real farts in a jar. Now, they saw an ad for Big Ed Brown’s as well. However, is the short man really selling the real deal? Obviously, as Stephanie made so much money off it, it seems like an easy way to make some cash out of his flatulence.

When Stephanie Matto sold her bottled farts, fans were not all that surprised. Disgusted yes, but they already knew that she filmed for her spicy OnlyFans and more. Actually, she drew that line at selling her poop, and eventually, she had to stop selling the real thing. Eating way too much food to produce gas upset her digestion.

Many 90 Day Fiance stars now have their own OnlyFans, and people like Larissa Lima are very popular with her followers. Fortunately, others refrain from farting in jars and then sharing all about it on Instagram. Nevertheless, Big Ed shocked a few people who felt disgusted when he advertized his farts in a jar on June 24.

On Friday, fans saw that Rose Vega’s ex pout up a skit. In the video, he offered people that he came across in the street to smell his farts. Then, followers saw the various reactions.  Some people found it amusing as he claimed to have a “fart catcher.” Actually, some fans thought he made the clip as a joke. Or at least, they hoped so.

90 Day Fiance fans expressed their reactions, and one of them wrote, “This is beyond the most ridiculous thing ever!”

Another one commented, “This is the dumbest thing I’ve ever seen in my life. anyone who buys this is braindead.”

One fan suggested, “Sign me up for the big Ed Stephanie fart in a jar Pepsi challenge.”

Other comments suggested that his mom wouldn’t feel “proud” of him. Meanwhile, someone else wondered if they were “real” or pretend farts.

90 Day Fiancé Spoilers – Are They Real?

The 90 Day Fiance star directed fans to go and buy his bottled wind on his website. There, they are described as “collectible fart jars” which come with a “custom handwritten note to your friend or foe.” It also says, “Premium Gas Straight From Big Ed’s Ass.”

Fans who really want something from his nether regions can also choose from a  selection of other products. The fart jars sell for much less than Stephanie’s at $29.99.

What are your thoughts? Will you buy one? Sound off in the comments below.