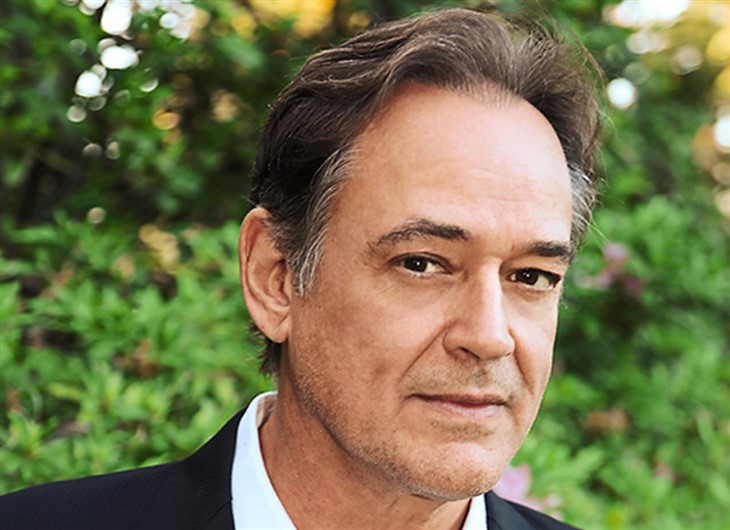 General Hospital spoilers and updates reveals Jon Lindstrom is celebrating 30 years as daytime tv’s longest-running serial killer. Of course, in Ryan’s off years, Kevin Collins was there for Jon at well. However, Jon was on GH for one episode as a car rental agent in 1983 before landing the role of Ryan in 1992.

General Hospital’s Jon auditioned for several roles before getting the role of Ryan. When Jon was called back for a second audition for the role, he left only to be chased down by a security guard and asked to come back. After proving that he could be scary too, Jon got the role of Ryan. However, in 1993, Jon had another job offer and G.H. had to decide on what to do with him. So in 1993, Kevin Collins was created for Jon. Jon says he finally had a contract and a raise. Jon also said he went to the Emmy’s that year but had to sit with the actors from All My Children because all of the spots in the GH section were full.

GH Spoilers – How Did Jon Lindstrom Know It Was Working?

General Hospital’s Lindstrom said he knew it was working when he was in scenes with Kristina Wagner (Felicia Scorpio). Felicia was telling Ryan how she was still in love with Mac Scorpio (John J. York) and Frisco Jones (Jack Wagner), yet she turns around and kisses Ryan. Jon admits at that point he knew that even if Felicia stabbed him and killed him they had a great storyline. Back then Jon had no idea that Ryan couldn’t be killed despite being stabbed and lost in a fire.

General Hospital’s Ryan was presumed dead in 1995. Ryan moved to Port Charles in 1997 and remained there until 2003. Of course, Port Charles was a spin-off from G.H. where Kevin’s daughter Lily Locke (Kelly Monaco). When Kevin returned to GH in 2013, he and Laura Webber Collins’ (Genie Francis) love story took off. Since Genie leaves the show at a certain time every year, it was decided to bring Ryan back in her absence. Of course, Jon says he would consider Ryan’s return to be the highlight of his career.

As for summing up this career, Jon feels like there are more stories to tell and more things to do. Jon says that in many ways, he feels like he is just getting started. Jon is certainly looking forward to what’s to come.