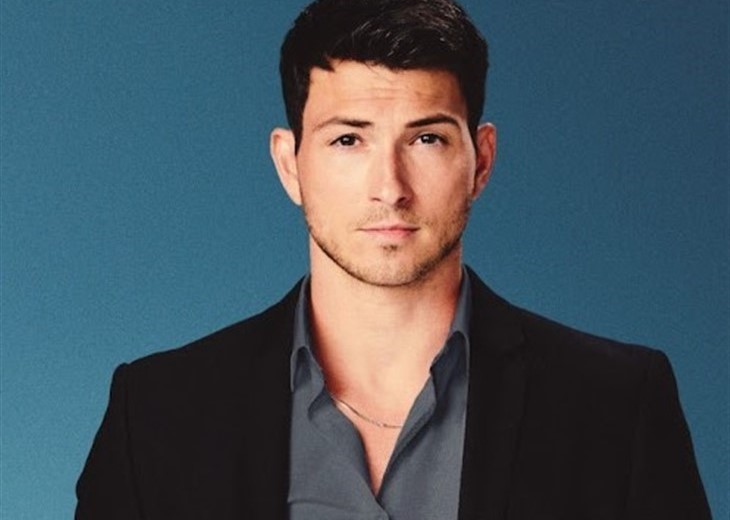 Days of Our Lives spoilers tease that for now there doesn’t seem to be any competition for Sonny Kiriakis (Zach Tinker) as head of Titan Industries! But as viewers know, Victor Kiriakis (John Aniston) is always on the lookout for a replacement in case the current CEO, in this case, Sonny, disappoints him in one way or another. It has happened plenty of times in recent history and will likely happen again. Alex Kiriakis (Robert Scott Wilson), Sonny’s half-brother, will soon be living in Salem and you can bet that Victor will have his eye on the young man as soon as he enters the mansion.

Days Of Our Lives Spoilers – Who Is Alex Kiriakis!

As an adult, Alex hasn’t spent much time in Salem. He’s the son of Justin Kiriakis (Wally Kurth) and the late Anjelica Devereaux (last played by Morgan Fairchild), but he was also very close to Sonny’s mother, Adrienne Kiriakis (Judi Evans) who sadly died a few years ago. Presumably, he was living in Phoenix with Sonny’s other two brothers when they started a brand-new company in honor of Adrienne. But now, he’s coming to town so Sonny may be facing some stiff competition in the coming days.

Because he hasn’t been living in Salem, he’s mostly fallen under Victor’s radar up until now. But once he returns to town, especially if the start-up he and his brothers created is successful, look for Victor to sit up and take notice. Victor will likely watch how Alex handles himself in Salem. If he passes with flying colors, Victor will most certainly put Sonny on notice. It wasn’t all that long ago that Victor practically begged Sonny to take the reins, but the scandal with Leo Stark (Greg Rikaart) may have tarnished Sonny’s reputation enough that Victor is already planning to groom a replacement.

Days Of Our Lives Spoilers – A New Romance for Gabi?

Alex will not only likely have a great impact on the family business, but he may shake up the romantic future of one or more current Salem ladies. Gabi Hernandez (Camilla Banus) or Chloe Lane (Nadia Bjorlin) may see Alex as a fresh new choice in the love department. Both of them have pretty much dates all of Salem’s current eligible bachelors. Alex might very well catch either of these women’s eyes, which could shake up the landscape of Salem. Alex might be a threat not only to Sonny but to the other men of Salem as well!

Will Victor want Alex to run Titan? What about Sonny? Will one of Salem’s women see Alex as a refreshing change? Anything can happen in Salem so stay tuned to Days of Our Lives airing weekdays on NBC. And don’t forget to check back right here regularly for all your Days of Our Lives news, information, and spoilers!