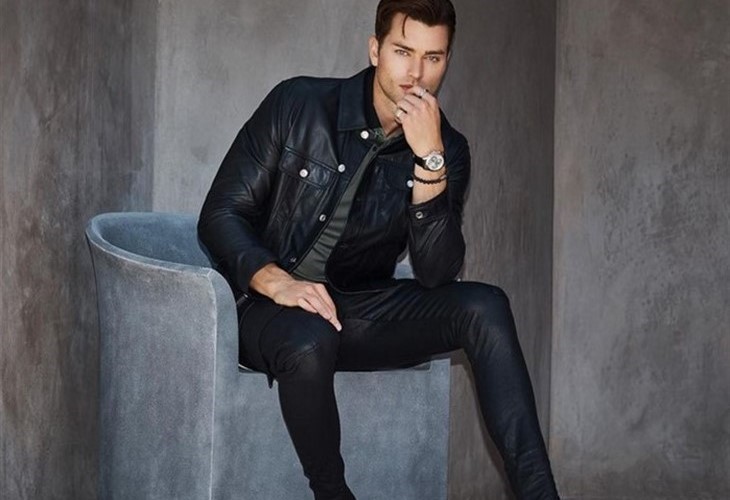 The Bold and the Beautiful alum, Pierson Fode is excited about his upcoming movie, Dope Queens. The actor recently shared a first look at his new lead role for which he went blonde and lost some weight.

With a post of a look at his new gig, he wrote this on Instagram, “Time to officially see the role I dropped over 40lbs for. Meet Blake Goldie Angel and more to come in our @dopequeensmovie first look tease – I would summarize it as one the most wild love stories I’ve ever had the pleasure to be a part of.” He then shared another post with the caption, “Big Blake Energy in @dopequeensmovie is getting his solo post due to popular demand. this is me at 167lbs (for reference I normally weigh 210-215lbs)”,

B&B Spoilers – About The New Movie

The action-packed romantic thriller is set to be released in the near future. It follows three friends; Goldie (played by Alexandra Grey), Blake (played by Pierson Fodé), and Angel (played by Trace Lysette). The synopsis notes that over the course of a wild night on the famously gritty streets of San Francisco’s Tenderloin.

The trio faces off with street royalty Monika ( played by Kylie Sonique Love) and Sheba (played by Krystal Thomas) at the iconic neighborhood watering hole aptly named DIVAS. With growing jealousies and pressure over their territory, lines are drawn to devastating consequences. Filled with rich dialogue and stunning characters, we are given a peek into the rarely seen world of The Tenderloin and its storied inhabitants.

The movie is written and directed by Grafton Reyes Doyle. It is inspired by True events one summer in San Francisco. Fode is known for playing the role of Thomas Forrester on B&B for which he earned two Daytime Emmy award nominations. Are you excited about this new film where three remarkable friends navigate San Francisco’s fluorescent Tenderloin District and quickly find themselves trapped in a prison of their own making? Would you like to see Fode back on daytime soap operas sometime in the future? Please stay tuned for more updates on the new project, as soon as more becomes available we will let you know.