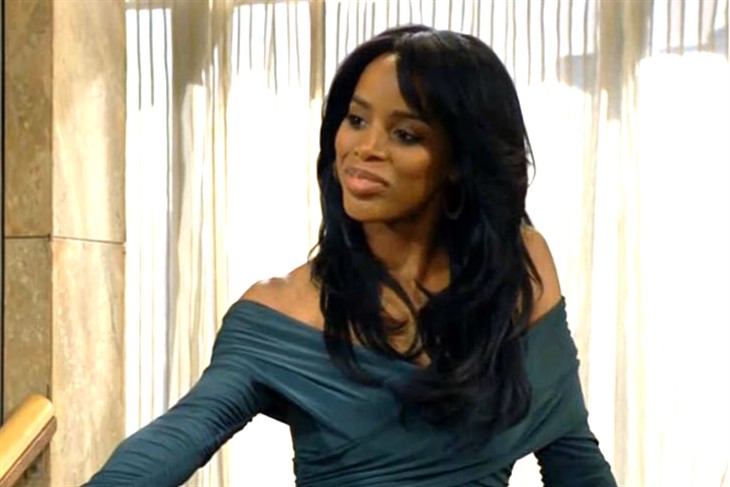 The Young And The Restless Spoilers – The Race For Nate Hastings

Ever since Imani (Leigh-Ann Rose) made her first visit to Genoa City, she has had eyes for Nate Hastings (Sean Dominic), but Elena Dawson (Brytni Sarpy) has made it perfectly clear this is her man and she better stay away from him. That hasn’t stopped Imani from making Nate her friend and she loves that they now work together at Chancellor-Winters.

However, we also know Elena’s jealous streak and that’s what caused her to sleep with Nate on that exam room table when she convinced herself that Devon Hamilton (Bryton James) was sleeping with Amanda Sinclair (Mishael Morgan). Elena also knows that Nate is willing to sleep with someone attached to someone else and then lie about it.

So, we have another jealous Elena who makes it clear that Nate is hers and Imani needs to back away. But we also have Nate who can’t see that Imani might be willing to do anything to be with him. When Nate tasks Imani with finding a way to get Elena out of her Newman Media contract so she can do a podcast for Chancellor-Winters, Imani might have some different ideas in mind.

When Nate informs Imani that Elena is leaving for a medical conference in Hawaii and that having her off-contract with Newman by the time she gets back is a good idea, Imani thinks outside the box. First, she can make sure that Elena never works with her and Nate. Second, she can now make a play for Nate now that Elena is out of sight. Out of sight means out of mind, right? Well, Imani sure hopes so.

“Given what she wants and who she is, Imani would be a fool not to try something while Elena is away,” Head Writer Josh Griffith said in the July 5, 2022, issue of Soap Opera Digest. “Imani’s not happy about Elena possibly coming to the company, so she wants to keep that from happening.”

Elena may be in for a rude awakening when she returns from her Hawaiian paradise. But we are sure Imani will somehow come out looking good. Stay tuned to The Young and the Restless weekdays to see how this story plays out.