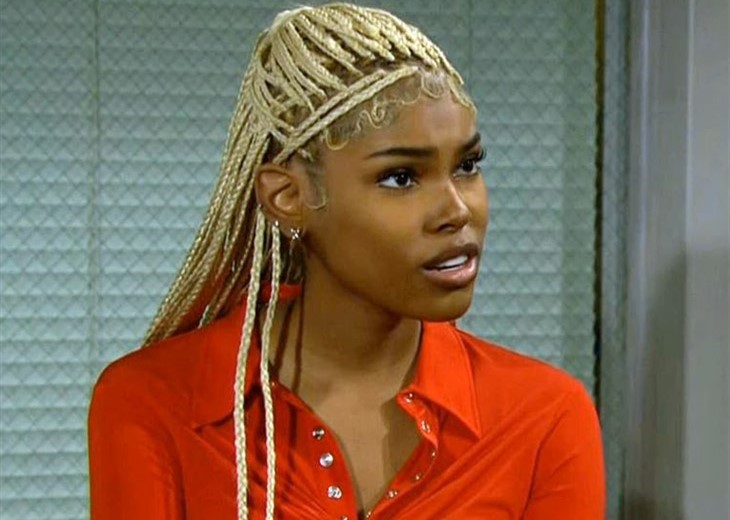 The Bold and the Beautiful (B&B) spoilers document that Paris Buckingham (Diamond White) appears destined for heartbreak. Her engagement to Carter Walton (Lawrence Saint-Victor) happened because of pressure the intended groom feels to move past a love he believes is unattainable.

However, B&B fans know that Quinn Fuller (Rena Sofer) is about to discover that Eric Forrester (John McCook) is cavorting with Donna Logan (Jennifer Gareis) and has been doing so for weeks. Those multiple, clandestine meetings happened where this one-time married couple will be discovered.

Yes, the club where Eric has claimed to have been enthralled by pickleball will be revealed as something different.

Carter considers Eric to be his mentor and a father-figure. He and Quinn never intended to hurt Eric when they became involved. But each person used free will to cross a moral line.

The strain on each person’s conscience has been intense since they broke it off. Quinn and Eric appear to have reconciled. But, as Eric’s involvement with Donna confirms, this marriage is not solid.

The above means that Carter might not hurt Eric, if Quinn ends her marriage. That seems like an increasing possibility. Her recent admission to Carter, stating that she will always love him, adds to this likelihood.

Donna loves Eric. She never stopped, actually, and that has touched Eric’s heart.

Quinn will not be in a loving mood when she and Bridget Forrester (Ashley Jones) happen upon Eric and Donna at the club. That reveal feels telegraphed since Quinn created the smart ring, which she has been using to monitor Eric’s heart rate.

Fans felt the wink when Quinn asked Bridget to come to the mansion to check on Eric. Jones’ character was also clued into the ring secret. So, Eric’s link to Donna leads to consequences and available options.

The Bold And The Beautiful Spoilers – Paris Buckingham’s Brief Engagement?

Paris loves the ring Carter gave to her. It signals that he is committed to marrying her and having children, as he has been speaking about.

But developing circumstances could cause Paris to dump Carter. Quinn’s reaction to the Eric-Donna reveal will prove vital.