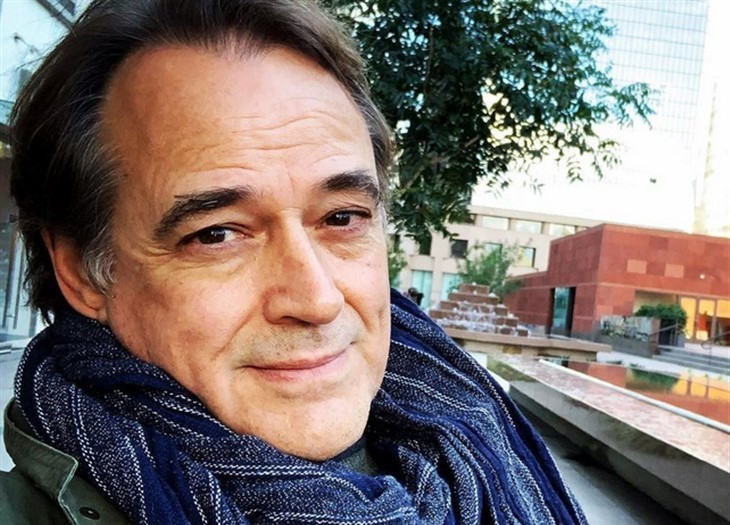 General Hospital spoilers and updates reveal Jon Lindstrom (Kevin Collins/Ryan Chamberlain, General Hospital) is mourning the loss of a dear friend and former colleague. In this regard, he wrote,

“Devastated to learn of Mary Mara’s untimely passing. We performed in a play together back in 2008, Malcolm Danare’s “In Heat” at the Lost Playhouse in LA. She had beaten cancer and was somehow fighting through the aftereffects of Chemo when we worked.

She was brave, brilliant, funny and just plain Uber-talented. I last saw her in a play at the Music Center in DTLA delivering a typically brilliant performance, just before she moved back to NY State. This world will be a much less-colorful place without her. R.I.P.”

Reports of Mary Mara’s death began swirling earlier this week. Reports had confirmed that Mara, who is best known for her recurring roles in popular shows such as ER and Law & Order had died in Cape Vincent, New York on Sunday, June 26, 2022. Mara died from an apparent drowning at the age of 61 in initial reports. In another news report which came thereafter, it was revealed that a head injury was also involved. 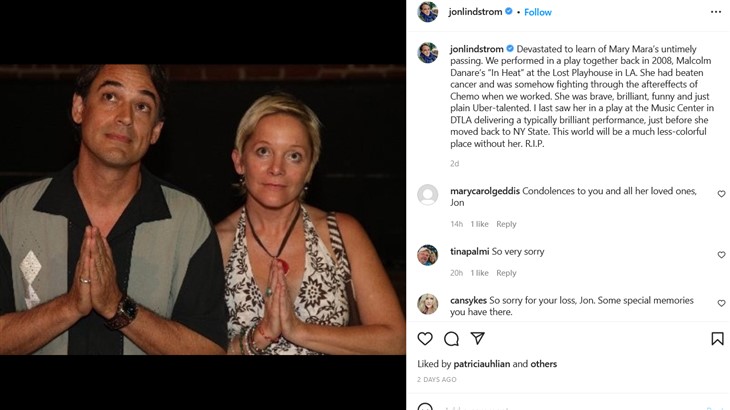 In a statement from a representative, it shares that Mara was staying at the summer home of her sister Martha. A preliminary investigation was done and it suggested Mara died by drowning while swimming. Her body was transported to Jefferson County Medical Examiner’s Office, where an autopsy will be performed to determine an official cause of death.

Mara’s list of acting credits would also include roles on Ray Donovan, Shameless, Nash Bridges, NYPD Blue, Judging Amy, 7th Heaven, Lost and more. May she rest in peace. Lindstrom recently celebrated his 30th anniversary on General Hospital. It was 30 years ago that he debuted in the role of Ryan Chamberlain and later rejoined the show to begin playing Dr. Kevin Collins, a role he also played on Port Charles. Fans can watch him on weekdays on GH on ABC as both his characters are tied into integral stories on the show.

We send him our love and deepest condolences as he mourns the loss of this dear colleague.