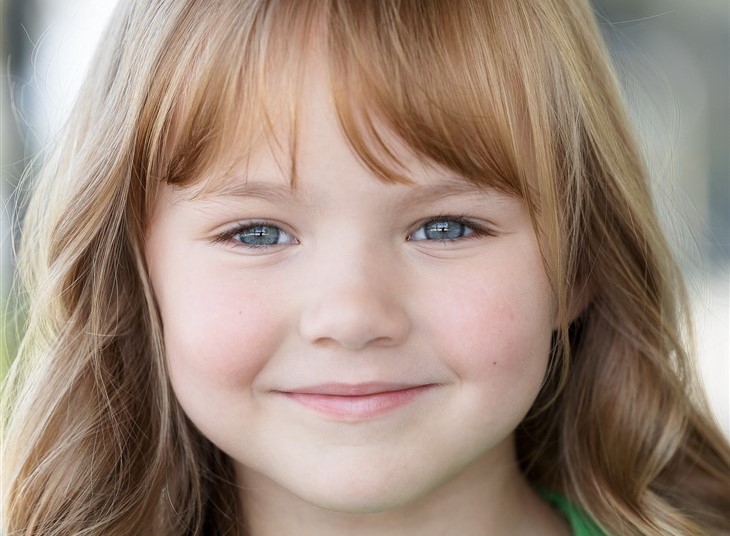 The Bold and the Beautiful spoilers and updates tease that Remington Evans will take over the role of Kelly Spencer on the daytime drama. Fans will be introduced to a different Kelly once she and mum, Steffy Forrester (Jacqueline MacInnes Wood) return to Los Angeles.

Krista Allen, who plays Taylor Hayes, broke the news when she posted a video on Twitter with the caption “Conversations with my TV granddaughter played by Miss Remington Evans.”

In the cute video, the young actor can be seen offering Allen some tips on how to cry on camera. She told Allen to think of something that would upset her, to which the latter answered would be if she ran out of chips. She then asked Evans if running out of chips makes her cry, too.

Fans may recognize Evans from The Resident, where she plays Gigi Hawkins, the daughter of Conrad and Nic in season five.

The Bold And The Beautiful Spoilers – Who Is Kelly Evans?

Kelly Evans is the daughter of Liam Spencer (Scott Clifton) and Steffy. She was born in June 2018 and was played originally by different babies. The twins, Colette and Avalon Gray took over the role in February 2020. Steffy took Kelly to Europe after John Finnegan’s (Tanner Novlan) “death,” Their temporary exit from the canvas allowed Wood to go on maternity leave for her third child.

The soap hasn’t released an official date for Evan’s debut as Kelly but reports say that she’s already filming her scenes.

Spoilers hint that Quinn Forrester (Rena Sofer) will rush to stop Carter Walton (Lawrence Saint-Victor) and Paris Buckingham’s (Diamond White) wedding. Eric Forrester (John McCook) broke it off with her and he even urged Quinn to go after Carter. Will she manage to stop Carter before he ties the knot with Paris?

As for Carter, he’ll have his own doubts as to whether he’s making the right decision. He may be having second thoughts but he still wants to continue with the wedding. Everyone knows that Carter is doing this for the wrong reasons but Paris believes that he genuinely loves her.