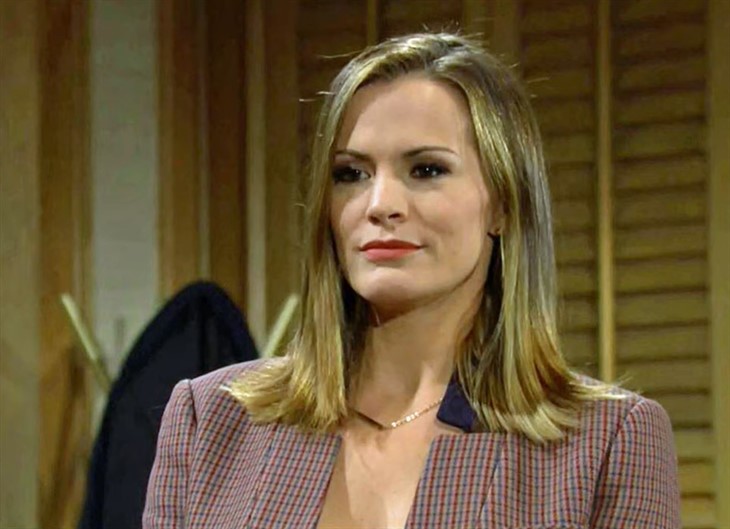 The Young and the Restless spoilers document that Chelsea Lawson (Melissa Claire Egan) remains out of sorts. Adam Newman (Mark Grossman) decided that a reunion was not happening, and Rey Rosales (Jordi Vilasuso) proved to be nothing but a friend until his recent untimely death.

Chelsea’s connection to Billy Abbott (as then played by Billy Miller) was ignominious. As hardcore viewers recall, she falsely claimed that he attacked her. But her other claim was true. Chelsea was pregnant with his child, Johnny Abbott (Holden and Ryan Hare).

So, it was interesting to see Chelsea and Billy (now played by Jason Thompson) happened upon each other at Chancellor Park and then follow that meeting with another at Crimson Lights. Chelsea’s unexpected critique of Billy’s podcast informed him and the audience that she was interested.

The Young And The Restless Spoilers – Rare Mentions Of Johnny Abbott

Johnny is currently off-screen. He and his sister, Katie Abbott (Sienna Mercuri), were said to be sent to boarding school. It is summer, so they should be back and visible by now, yet are not.

Victoria Newman (Amelia Heinle) stepped up to become the only mother Johnny knows. Victoria’s love for Billy was linked to her open heart. She has raised the child Billy and Chelsea had since shortly after his birth.

Chelsea rarely mentions this son. One of her more recent comments about him came in the form of a denied request to see him from time to time. That happened after Adam had her kidnapped, which caused a stroke and a painful recovery process and her poisoning Rey while setting Grossman’s character up for that crime. It was her revenge play against Adam for the kidnapping.

Rey stayed in touch with Chelsea following the poisoning reveal. They shared angst regarding Adam and Sharon Rosales’ (Sharon Case) seemingly eternal connection before that event.

Chelsea was deeply moved by Rey’s sincerity and forgiveness. She became very fond of him, and it was easy to project them becoming a couple.

Whether the above projection was planned or not, Vilasuso’s unexpected exit from the cast ended that potential. So, it appears Chelsea may be shifting her fond feelings to Billy.

Billy is committed to Lily Winters (Christel Khalil) and seems destined to marry her. But he remains single, has a history of impulsive behavior, and has a historical link to Chelsea.

Chelsea’s last marriage was to Calvin Boudreau (John Burke), whose sudden death left her with some wealth. She has no anticipated romantic road back to Adam or Nick Newman (Joshua Morrow).

The Young and the Restless Spoilers: Imani Wants To Get Elena Out Of The Picture #yr #youngandrestlesshttps://t.co/E1wJVBJwNu

Rather than have Chelsea pursue a healthy relationship with someone she knows or someone new, TPTB may be pushing Egan’s character toward further emotional turmoil. That would not be good for Chelsea yet could be good drama.