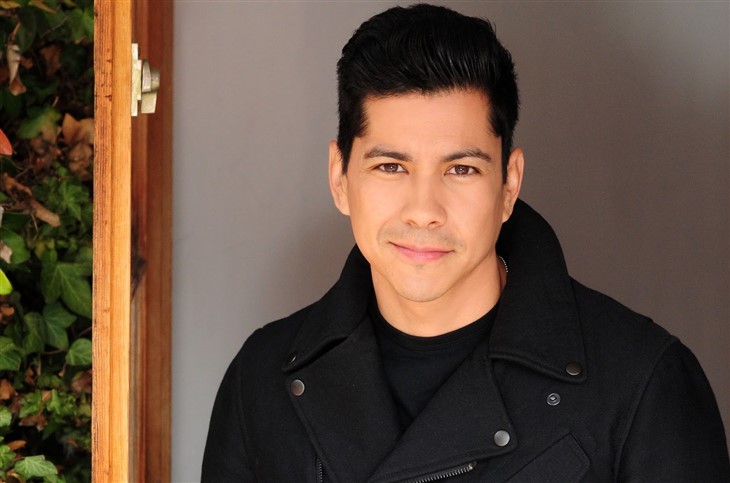 The Bold and the Beautiful spoilers and updates reveal Jeremy Ray Valdez is back at work on B&B.

John McCook who plays Eric Forrester on the show won his first Daytime Emmy Award at this year’s 49th annual Daytime Emmy Awards which was held on June 24. McCook took home the trophy for Outstanding Lead Actor in a drama series. In regards to this, the show saw it fitting to celebrate the talented actor and they did just that. The celebration included members of the cast that was on set and from a photograph shared we noticed that Valdez was on set of the CBS daytime drama again.

Fans who may not remember, Valdez joined the cast of the show back in March 2018 as Detective Alex Sanchez. He was integral in many important police cases but hasn’t been on the show in quite a while. In fact, the last time we saw him on the show was in April 2021.

Sanchez, as we often called him, marked his new job in town by accompanying Lieutenant Bradley Baker (Dan Martin). His first official case was solving the mystery of who shot Bill Spencer (Don Diamont). He was also on hand for another case when Thomas (Matthew Atkinson) was pushed off a cliff by Brooke Logan Forrester (Katherine Kelly Lang). Deputy Baker and Detective Sanchez also worked together on the case of Vinny’s (Joe LoCicero) death.

B&B Spoilers – Will Sanchez Be Coming Back!

Now, with Valdez back on set and his character returning, what could bring Sanchez back on the canvas? We can’t help but wonder if he will play an integral part in finding Sheila Carter who broke out of prison. Could this be it? Or is it possible that there is another case on the horizon that the good detective comes back on the canvas to solve? What do you think?

Valdez has been in the acting business for quite some years. He has numerous films and television credits to his name. Have you missed Sanchez on the show? Do you think he should become a permanent fixture on the canvas? The actor recently appeared in the series The Garcias as Conner Rascon.