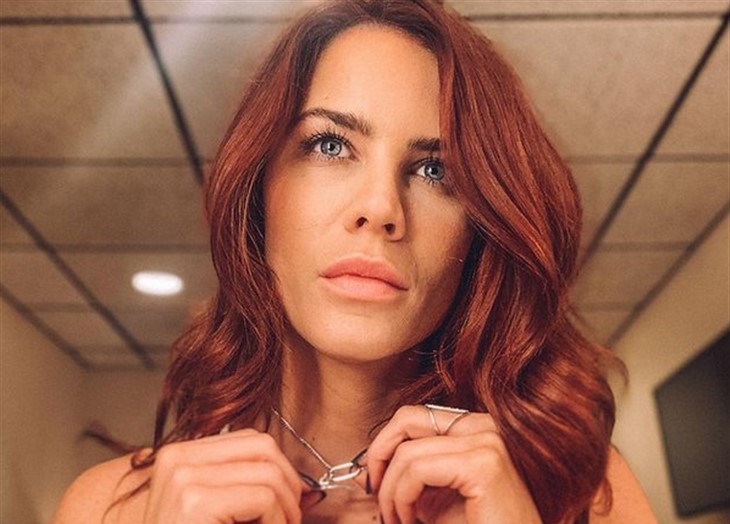 The Young and the Restless actress, Courtney Hope (Sally Spectra) had a big real-life family reunion. After a while of being a part, Hope reunited with her parents and her siblings. “Dad’s happy all his kids are under one roof again (+mom).. it’s the little things #siblingsquad,” she shared along with pictures of her happy family.

The Young And The Restless  Spoilers – About Courtney Ann Hope

Courtney Ann Hope was born on 15 August 1989, in Dallas, Texas USA to parents; Sandy Hope (mother) and Phil Hope Sr. (father). She was raised in Plano, Texas while living with her parents, and her younger brother, Jamie, Jamie is an experienced athlete. He also worked as an actor and appeared in some television movies and series. He is also a small business owner as he owns, “JRH Photography”, where he works as a photographer for car racing companies and for his sister, having shots with her from time to time.

Hope also has three half-siblings; Jill Hope (half-sister), and DJ Hope Jr. and Phil Hope Jr., (her half-brothers). They all were at the family reunion as seen in the pictures. Here’s a little bit more about Hope: from her early years, Hope enjoyed being a competitive dancer and spending a lot of her time in the gym, doing gymnastics, we often see this in her Instagram posts. Hope also tried modelling and acting while she was a student at school. After traveling with her dance troupe around the US, she decided it was the thing she wanted to do, to perform in front of an audience, so she focused on her performing career and pursued an acting career path.

The Young And The Restless Star Melissa Ordway Struck With COVID, Celebrates The Emmys Her Way @soapoperaspy https://t.co/OV7QJ0Yfjn #YR #YoungAndTheRestless

Hope was first introduced to daytime soap opera fans when The Bold and the Beautiful brought in a younger Spectra generation. Her character, Sally, was the leader of the crew. After her run on the show, she went over to Y&R to continue playing the role. She is a person who loves her family and loves adventures. She often shares her love for her father on social media. They are such a beautiful family. We are happy to see that they reconnected finally.