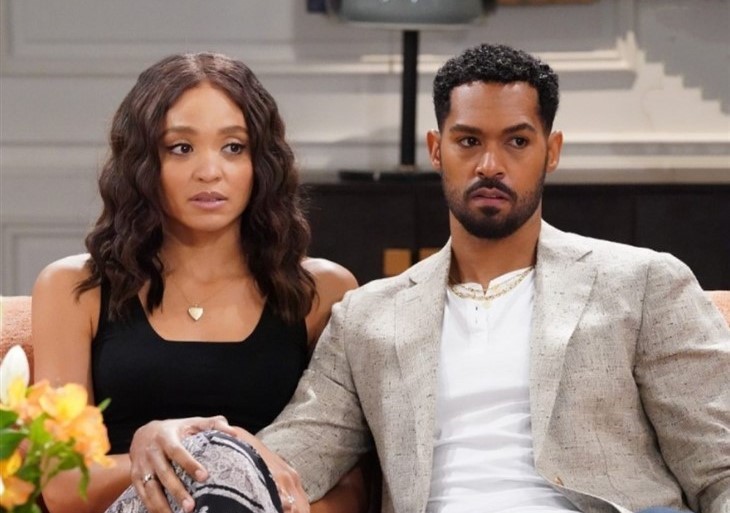 Days of Our Lives spoilers tease that after Lani Price (Sal Stowers) confessed to shooting TR Coates (William Christian) she and her husband Eli Grant (Lamon Archey) had some concerns about whether prison would be safe for Lani, who has spent her whole adult life as a police officer. Cops typically have a difficult time while behind bars, and the prison in Salem is currently holding Vivian Alamaine (last played by Linda Dano) who hates Lani for killing her son, Stefan DiMera (Brandon Barash) who stepped in front of the line of fire to prevent Lani from shooting Vivian, who was fleeing from the police!

Days Of Our Lives Spoilers – Kristen DiMera Sacrificed Herself For Lani Price!

Lani’s best friend, Kristen DiMera (Stacey Haiduk) has been a fugitive from justice for many months now. Kristen visited Lani in disguise as her lookalike Susan Banks (also Stacey Haiduk) and offered to help Lani make an escape and provide a place for Lani, as well as Eli and the twins to hide out. But Lani didn’t want to be a fugitive or to put Eli through that. Eventually, Kristen decided to turn herself in as well and is once again behind bars.

Lani won’t be serving time alongside Kristen because the threat of Vivian Alamaine means that Lani will be serving her sentence in Maryland instead of anywhere near Salem. Perhaps Eli or Abe Carver (James Reynolds) can request that Kristen also be assigned to the same prison, even though Lani will be far from Salem, there is always a chance her past as a cop will be known at the Maryland prison. Kristen won’t let anyone harm Lani if she is there. Also, Kristen has the resources to walk out of the prison anytime she wants. But if she sees that she has a purpose beyond serving her full sentence, Kristen may be more likely to stay put.

Days Of Our Lives Spoilers – Will Eli Grant Realizes He Can’t Raise The Twins Alone!

Eli is also planning on relocating to Maryland in order to stay near Lani. But he won’t have the support he has in Salem when it comes to raising the twins on his own, Eli’s mother will be close by but she is a busy doctor who will help out when she can. Eli will likely realize that raising the twins on his own and without his Salem support system, will soon overwhelm him. He may once again revisit Kristen’s offer to facilitate Lani’s escape.

Of course, he will have to convince Lani that he can’t take care of himself or his kids without help. So don’t be surprised if Kristen and Lani soon turn up missing. Kristen is already out of prison by the time Beyond Salem Season 2 airs so whether with Lani or not, Kristen will be freed very soon!

Will Kristen be transferred to Maryland along with Lani? Or will Eli realize that he can’t raise the twins alone? Will Lani become a fugitive? Anything can happen in Salem so stay tuned to Days of Our Lives airing weekdays on NBC. And don’t forget to check back right here regularly for all your Days of Our Lives news, information, and spoilers!