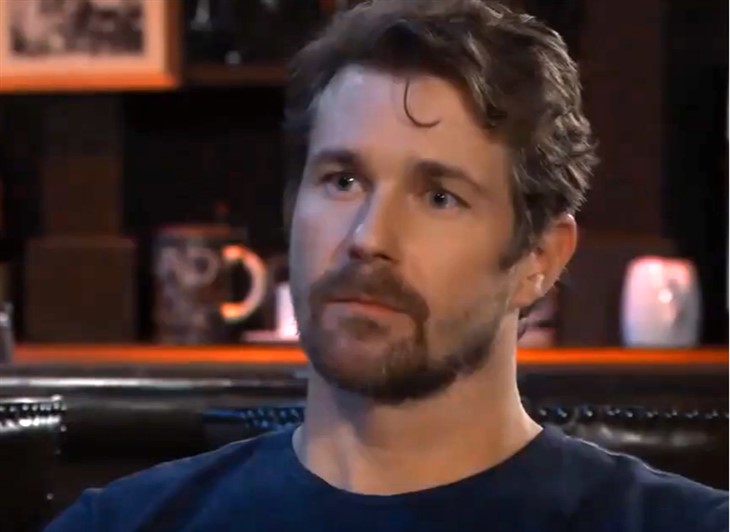 General Hospital (GH) spoilers and updates tease Cody Bell (Josh Kelly) is getting settled into Port Charles. Cody had gotten a job with Society Setups. Cody skydived into a charity event hosted by Society Setups and ended up colliding with Dr. Britt Westbourne (Kelly Thiebaud). Cody wants to find another job and a place to live in Port Charles.

Cody had not expected to reconnect with his childhood friend Dante Falconari (Dominic Zamprogna). Cody was surprised to find out that Dante was a police officer. Dante and Cody had been troublemakers when they were children. Cody met Dante’s girlfriend Sam McCall (Kelly Monaco). Dante has wanted to help Cody to find a place to stay in Port Charles. Cody had tried to get more money and went to gamble at The Savoy.

Cody was able to win big which upset Selina Wu (Lydia Look). Selina took Cody’s winnings and had him beat up. Britt found Cody and helped him to get to Dante. Cody was having trouble with his injuries and Dante took him to General Hospital to get checked out. Dante helped to pay for Cody’s hospital bill. Dante wants Cody to stay with him until he can get his own place and a job. Dante wants to spend time with Cody and may want Cody to get to spend time with his son Rocco Falconari (Brady Bauer).

Cody was not satisfied with his work for Society Setups. Cody confronted the owner of Society Setups Damian Spinelli (Bradford Anderson). Cody had been able to get more money from Spinelli but lost the money when he went to gamble at The Savoy. Cody will want to get a job that will be connected with his love for horses. Cody wants to save up enough money to buy a ranch. Cody may find out that the Quartermaine family has a stable. D

General Hospital Cody has been grateful that Dante has helped him. Cody wants to be able to stand on his own and not have to rely on Dante. Can Cody find a way to make a place for himself in Port Charles?

Cody wants to be able to pursue his dream of buying a ranch. Cody may believe that working at the Quartermaine stables will help him to realize his dream. Cody hopes that Michael will give him a job. Will Cody be able to get a job at the Quartermaine stables in order to start to make the money he needs to buy a ranch? Be sure to catch up on everything happening with GH right now. Come back here often for General Hospital spoilers, news, and updates.