The Bold And The Beautiful Spoilers: Deacon And Taylor Find Unexpected Common Ground Over Brooke And Sheila 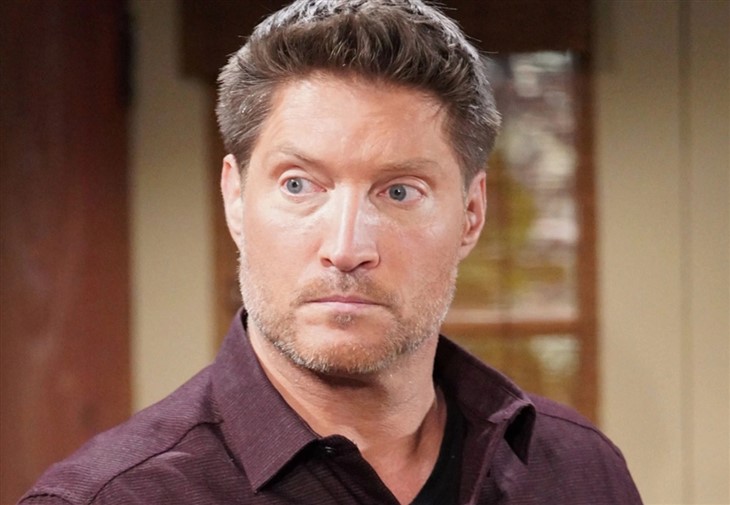 The Bold and the Beautiful (B&B) spoilers and updates tease Deacon Sharpe (Sean Kanan) wanted to take his life in new direction. Deacon wanted to get to know his daughter Hope Spencer (Annika Noelle). Deacon had hoped to reunite with Hope’s mother Brooke Logan Forrester (Katherine Kelly Lang). Deacon was not the only one who wanted to reconnect with their daughter. Dr. Taylor Hayes (Krista Allen) had come back home and wanted to help her daughter Steffy Forrester (Jacqueline MacInnes Wood). Steffy has been having trouble with Sheila Carter (Kimberlin Brown).

Deacon had believed that Sheila was his friend. Deacon had gotten close to Sheila because she wants to be in her son Dr. John Finnegan (Tanner Novlan) and her grandson Hayes Finnegan’s (Piper Harriot) lives. Steffy did not want Sheila to have anything to do with Finn and Hayes. Deacon had been having trouble with Ridge Forrester (Thorsten Kaye) because he wanted to spend time with Hope and Brooke.

Deacon had wanted to find a way to get back into a relationship with Brooke. Deacon knew that Brooke was devoted to Ridge but he thought that he had a chance to be with her. Deacon and Brooke shared a kiss on New Year’s Eve. Brooke had wanted to keep the secret from Ridge that she had kissed Deacon because she had been drinking. Ridge left Brooke to stay with Taylor and Steffy when he found out that Brooke and Deacon had kissed.

Taylor had hoped that she could rekindle her relationship with Ridge. Taylor had the support that she needed from Steffy and her son Thomas Forrester (Matthew Atkinson) to reunite with Ridge. Ridge and Taylor found out that Sheila had sabotaged Brooke’s sobriety. Ridge decided that he would go back to Brooke. Taylor has been devastated that she will not be able to be with Ridge. Brooke decided that she did not want Deacon to be a part of her life. Deacon has been upset that Brooke chose Ridge over him.

The Bold And The Beautiful Spoilers – Deacon Sharpe And Dr. Taylor Hayes Find A Fresh Start With Each Other

The Bold and the Beautiful Taylor is going to need to put her feelings for Ridge behind her. Taylor may find that Deacon is a kindred spirit. Deacon and Taylor may need to work together to protect their children from Sheila. Will Taylor and Deacon find that they bond over their need to keep their families safe from Sheila?

Deacon is trying to accept that he will not be able to be with Brooke again. Deacon may find that he connects with Taylor over losing Brooke. Will Deacon find a new love with Taylor? Be sure to catch up on everything happening with B&B right now. Come back here often for The Bold and the Beautiful spoilers, news, and updates.