The Bold And The Beautiful Spoilers: Lawrence Saint-Victor Talks What’s Ahead For Carter/Quinn/Paris 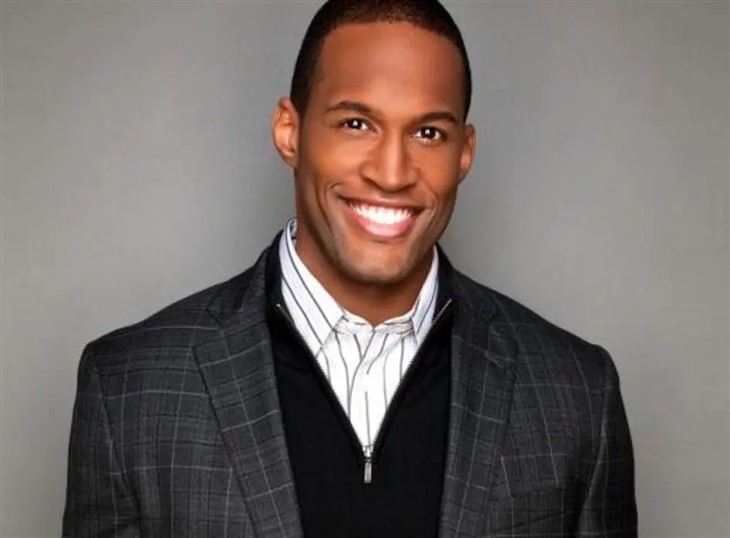 The Bold and The Beautiful spoilers and updates reveals Carter Walton (Lawrence Saint-Victor) is finally getting a love story and the woman of his dreams on B&B.

In speaking with TV Insider, Saint-Victor talked about the surprise wedding interruption, breaking Paris’ (Diamond White) heart and what fans can expect to see on the CBS daytime soap.

Carter got the surprise of his life when Quinn (Rena Sofer) burst into his wedding and announced that she and Eric (John McCook) are over and that she loves him and wants to start their life together officially. In talking about their romance, he noted, “I love that it ended the way it did and then for a year later, to pick it back up, because it’s unfinished business. It’s something that was tucked away that we knew, like, they had these unresolved issues around that whole thing and then for it to come back around—of course, they still love each other. It never ended. They just decided to go their separate ways, but that love never ended.”

For Carter, he was almost convinced that it was a dream when Quinn came running in to stop the wedding. Hence the reason he was staring at her so much. He told the website, “When she comes in and says she’s here for Carter, he can’t take his eyes off her. This is everything he ever dreamed about. It’s almost like he has to pinch himself. All he wants to do is just run up to her and grab her.”

The site couldn’t help but ask like most of the viewers are wondering, how will Paris react. Will she turn to the evil side and plot against Carter and Quinn? Saint-Victor shared, “I don’t know if there’s any softening of leaving someone at the altar. My last interaction with Paris was just a sincere, deep apology and she’s definitely upset about it. Her mom (Grace played by Cassandra Creech) is really, really upset about it, but as far as right now, there hasn’t been any crazy altercation.”

What if Paris actually goes down a vengeful path and possibly plots a pregnancy scandal to hold on to Carter? What do you think fans?