The Young And The Restless Spoilers: Lily’s Perfect Life Crashes Along With The Stock Market! 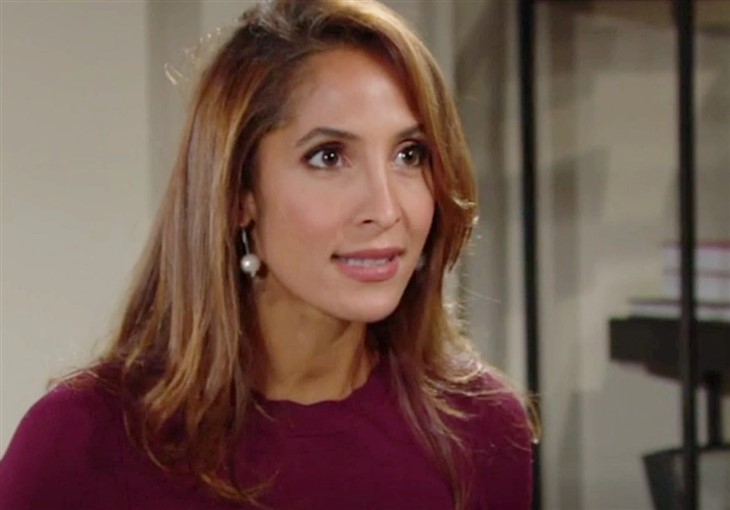 The Young and The Restless spoilers and updates tease that Lily Winters’ (Christel Khalil) perfect life is set to crash along with the stock market! Lily puts too many eggs in one basket and it’s a bad investment as the stocks crash in an upcoming episode of Y & R!

Lily’s reputation has just gone up and up and up in Jill Abbott’s (Jess Walton) estimation, starting with how smoothly Lily handled the challenges with Ashland Locke (Robert Newman)! Lily and Billy Abbott (Jason Thompson) were still at ChancComm when the Locke Ness Monster nearly destroyed both their careers when his legal team filed a lawsuit! Jill was mad at Billy, even though he is her own son, but praised Lily for how she handled the situation with aplomb.

Jill promoted Lily to CEO of Chancellor Industries, while Billy got a demotion; Macho Billy made a hard adjustment to his girlfriend being his boss! Instead of being equal partners with Lily now he was her subordinate and had to take orders instead of making decisions together!

Jill was impressed for success for Lily, and really went for the Hamilton-Winters merger idea – which was Lily’s, knowing the two companies joining forces was a real power move! Devon Hamilton (Bryton James) is Lily Winters’ brother, so Jill knew the siblings would work well together and support the endeavor; it is becoming a real family business!

But Jill doesn’t trust her own son Billy to run any kind of company because he’s been such a screw up in the past – Lily seems to help him stay straight. So Jill warned Billy that she’d never forgive him if he ruined his relationship with Lily, all the time seeming to engender conflict between them in spite of herself! Billy feels subrogated by Lily in his mother’s eyes, so of course he’s feeling jealous!

Billy and Lily quite often find themselves at odds, because she’ll treat him like he’s her child and he doesn’t like it since he already feels like less than her equal. Lily thinks Billy has some pretty crazy ideas sometimes and she feels like she has to keep him reined in a bit, and Jill supports that. But Billy, like a wild horse someone is trying to tame, bucks against it and resents her control mechanisms!

Billy is responding to the ego stroking of his ex-lover Chelsea Lawson (Melissa Claire Egan) even though he clearly loves Lily; but Lily refuses to stroke his ego! That could certainly cause some problems in the long run!

Too much self-confidence is not a good thing, and especially with investments! Lily decides to expand her stock portfolio but she puts all her eggs in one basket instead of spreading them around! Lily thinks she’s making a foolproof move, but she might decide to put Chancellor-Winters stock into it as well in this one company with skyrocketing stock!  But then financial tragedy strikes and the stock market and stocks take a huge plunge! Lily could potentially not only sink her own finances but those of Chancellor-Winters!