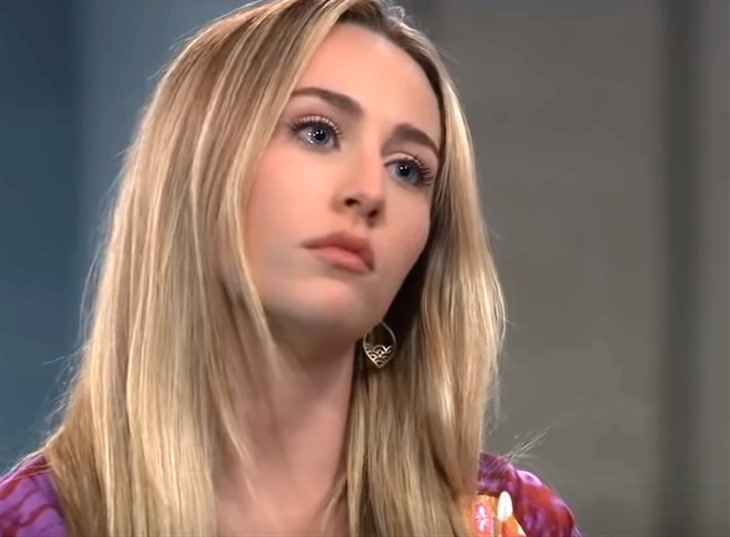 Spencer was still serving out his sentence at Spring Ridge when Victor Cassadine (Charles Shaughnessy) arranged a special outing so Spencer could put flowers on his mother’s grave. He had almost completed the full term but had not been able to honor his mother since he was a child; and it so happened Trina saw him. She was very upset too, worried he would blow his probation and parole and be sent to Pentonville; and initially she had asked him to be her alibi but he’d refused.

Spencer, too, had been afraid of losing the plea deal Victor had gotten him and having to go to “the big house, but now things have changed. Spencer is finding it much more important to expose Esmé for framing Trina and getting Trina exonerated; but Trina is still hesitant to throw him under the bus!

Spencer may actually be more willing than Trina knows to testify under oath that he was at the cemetery and saw her at the time of the video upload. That was why Trina was late to class at Port Charles University that day and missed the video going viral all over campus through their servers. From there, various students uploaded it to the World Wide Web and made Cameron Webber (William Lipton) and Joss’s life a living hell! Esmé had also managed to slip the hot phone, which she made look like a duplicate of Trina’s, into Trina’s purse without her knowledge! That is how Trina came to be arrested, having nothing to hide and then finding she had the extra phone!

General Hospital Spoilers – Everyone Is On Trina Robinson’s Side, But Everyone Has To Go By The Evidence!

Port Charles Police Commissioner Jordan Ashford (Tanisha Harper) didn’t believe for a minute that Trina did what she’s been accused of, but the evidence was in her purse! There was no one’s DNA or fingerprints on the phone except Trina’s, and she couldn’t prove it was planted, and so far, no one else has been able to either! Trina and Joss thought they had someone who could prove Esmé bought the hot phone, but the Highsiders bartender fled when he heard the sirens and a fight broke out!

Officer Rory Cabrera (Michael Blake Kruse), Curtis and Marshall Ashford, (Donnell Turner, Robert Gossett) and Trina’s father, Marcus Taggart (Réal Andrews) have all been trying to find evidence to exonerate Trina. Spencer has been trying all kinds of things to get Esmé to confess by trickery to snooping in her private things to prove she framed her!

Something tells Josslyn Jacks that if Spencer will be Trina’s alibi, he won’t be put in Pentonville to serve his original sentence after all this time! Besides, letting Spencer skate is definitely the less of two evils compared to letting Esmé stay free at Trina’s expense; and by this time Spencer’s found out some very evil things! Even at this late date Spencer is still working a plan to exonerate Trina, it’s just that Trina and Joss don’t know about it. Trina has to make a big decision about having Spencer called up under oath when it could cause him trouble from Esmé!