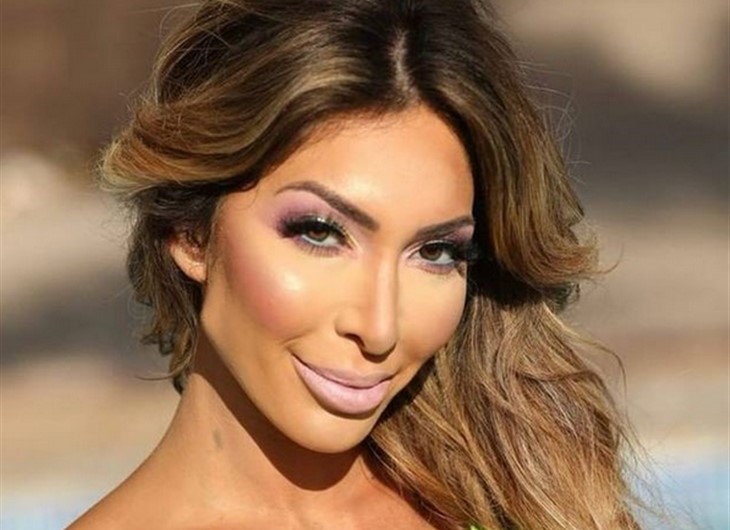 Teen Mom 2 fans who hate Farrah Abraham might feel that on the 4th of July, she disrespected that American flag. Wearing a skimpy bikini, she danced and shook her booty. Mind you a lot of people don’t seem to care much these days and some folks take the kneel. Whether you like it or not, there’s no denying the former MTV star is attractive and vivacious and represents the USA’s diversity.

Additionally, the Teen Mom alum did some out-there things since she welcomed her daughter Sophia into her life. Actually, you might recall that back in 2013, she was on the cover of a strange magazine that hardly anyone had ever heard of: Girls and Corpses. Posing with particularly undead zombie corpses is just the sort of thing that Farrah seems to enjoy doing. After all, it gets the attention of critics and fans alike.

Farrah Abraham posted up some patriotic things on her Instagram Stories on the 4th of July. However, she also showed herself in her slinky bikini dancing around with the flag behind up behind her. In fact, she also wore the stars and stripes pattern as part of her style. If you think about it, her happiness and her attractive looks would probably have gotten a thousand likes: if it were anyone else but Sophia’s mom.

The Teen Mom alum shook her booty and wriggled her belly and other jiggly bits to the music of Lenny Kravitz’s song American Woman. Possibly, she will take some heat in her DMs from her many MTV critics. Notably though, in the past, people have burned flags, stomped on them, urinated on them, or danced on them.

The Amazing Diversity Of The USA

One thing about the life of the Teen Mom alum that is important is that whatever she does, represents the personal freedom that the country stands for. Admittedly, it’s a lot less free in some ways than in the past. Nevertheless, Farrah Abraham is free to dance with her flag, engage in the sex industry, or change her career at any time. That is a lot of freedom that many people in third-world countries just never get to experience.

Be sure to catch up on everything happening with the MTC cast right now. Come back here often for more Teen Mom spoilers, news, and updates.