Days Of Our Lives Spoilers: Gwen Escaped To Punish Abigail, But Sister Was Already Dead? 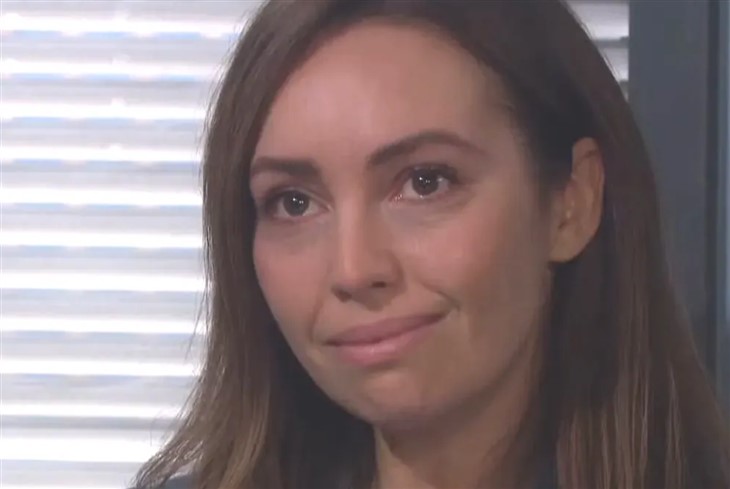 DOOL spoilers reveal that despite all of Gwen’s crimes and sins, she still hopes for a relationship with her father. Gwen knew that Jack’s birthday was coming up. Gwen called Abigail to ask if she would give Jack a handmade mug she made in prison. Of course, Abigail wasn’t interested in doing anything for Gwen.

It’s odd that Gwen would call Abigail to deliver the gift. Gwen could have called Jack to come by so she could give it to him.

Gwen could have even called Xander Cook (Paul Telfer). Even though Xander was furious about what happened to Sarah Horton (Linsey Godfrey), he considers Jack to be his best friend. Plus, Gwen did help Xander locate the antidote at the last minute. So, Xander might have agreed to deliver the gift.

Abigail not only refused to deliver Gwen’s gift to Jack, but she also shattered the mug on the floor. Gwen was furious with her sister for destroying her handmade gift. After Abigail left, Gwen made a phone call.

The next thing fans knew, Gwen quietly resurfaced in prison. The guard demanded to know why Gwen couldn’t be found for bed check. Gwen claimed she was in the library and fell asleep in a corner.

Ava Vitali (Tamara Braun) and Leo Stark (Greg Rikaart) both suspect Gwen might have killed Abigail. Ava helped Gwen escape and still wonders what the inmate was really doing that night. Ava is also aware of how much Gwen hated Abigail.

As for Leo, he was told to stab Abigail during a phone call with Gwen. Leo probably didn’t kill Abigail but did steal the dead woman’s jewelry. The fact that Abigail was stabbed just as Gwen wanted and that same night is quite the coincidence.

Days Of Our Lives Spoilers – Gwen Rizczech Accused of Murder

Days of Our Lives spoilers reveal that once again, Leo and Ava will both wonder if Gwen killed Abigail during her temporary escape. Gwen is going to have to tell the whole truth about where she went that night and why it was so important. At some point, the police will learn that Gwen quietly slipped out of prison around the same time as Abigail’s death.

It is teased that Gwen might have gone to the DiMera mansion to punish Abigail. Gwen might have planned on killing Abigail that night. However, Gwen being the killer would be too obvious. So, how would Gwen explain herself? Perhaps when Gwen found Abigail, she was already dead. Even if that is true, how will she prove it?

Be sure to catch up on everything happening with DOOL right now. Come back often for Day of Our Lives spoilers, news, and updates.