The Young And The Restless Spoilers: Adam Intends To Fight Family – Victoria Has Two Enemies 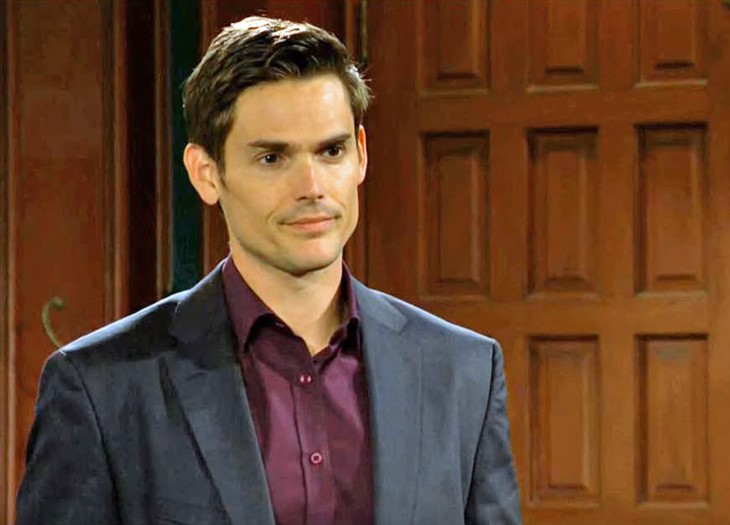 The Young and the Restless spoilers document that Adam Newman’s (Mark Grossman) gut instinct was right. He was not safe in the Chief Executive Officer’s spot and likely will not have a chance to prove himself as hoped.

Victoria Newman (Amelia Heinle) retained her rebranded last name. She had no plans to restore her Newman Locke moniker, instead opting to teach Ashland Locke (Robert Newman) the lesson of his life.

Victor Newman (Eric Braeden), Nikki Newman (Melody Thomas Scott), and Nick Newman (Joshua Morrow) are relieved and are reveling in all that Victoria accomplished. But Adam is not.

The Young And The Restless Spoilers – Adam Newman’s Great Grimaces

Grossman is a great actor. The latest evidence includes his reaction shots to Heinle’s dialogue reveal.

Adam’s exasperated demeanor was the complete opposite of the other members of her family. She addressed them, rarely acknowledging her youngest brother.

There is an interesting link between Victoria’s thoughts about Ashland and Adam. She now distrusts them both and feels they are threats to her family. Of course, Adam is family, with that reality not being evident on Victoria’s face. She treats him like a filthy dog with muddy paws who ran, unwelcomed, into her home.

Victoria was determined in developing and implementing the plan to turn Ashland’s plan back on him. It worked and was followed by something equally or even more impressive.

Ashland returned to the suite where he and Victoria were staying. He forgot his tablet, taking Victoria by surprise.

She was planning to leave but adjusted her plan on the fly. It was brave of her to tell Ashland what she had done, as there was no way to tell how he might react.

The Young And The Restless Spoilers – Newman Family Dysfunction Is Standard

Adam told Sally Spectra (Courtney Hope) that he planned to fight his family. He has often said such things before. This time is not different.

However, what can Adam do to the Newmans? Might he team with Ashland if Victor ousts him as CEO?

The Young And The Restless Star Melissa Ordway Struck With COVID, Celebrates The Emmys Her Way @soapoperaspy https://t.co/OV7QJ0Yfjn #YR #YoungAndTheRestless

Other than the above, Adam would seem to lack ammunition. The company is stronger than ever after absorbing Locke Communications for what has amounted to nothing other than personal grief.

Grossman’s character will face ostracization if he goes against the searing victory Victoria secured. Victor, in particular, would become his desired enemy. But Y&R has long been about Newman family dysfunction.