The Bold And The Beautiful Spoilers: Paris Seeks The Right Significant Other 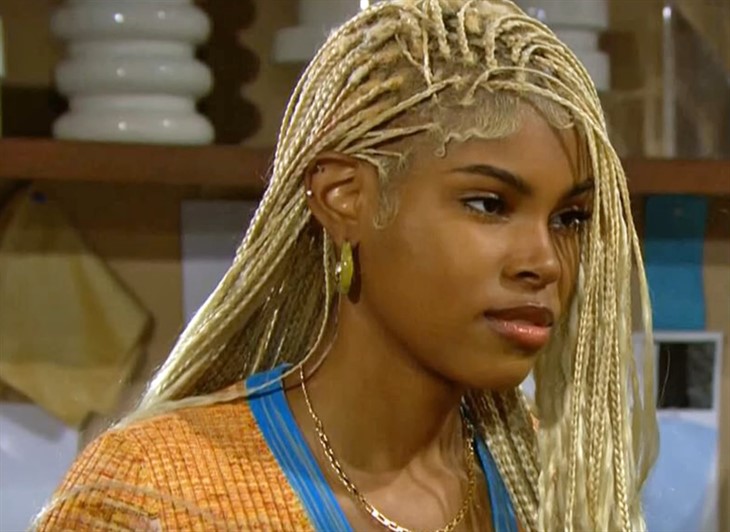 The Bold and the Beautiful (B&B) spoilers and updates tease Paris Buckingham (Diamond White) thought that she had found the man of her dreams. Paris had planned to get married to Carter Walton (Lawrence Saint-Victor). Paris was shocked when Quinn Forrester (Rena Sofer) interrupted her wedding to tell Carter that she wanted to be with him. Carter had been fighting his feelings for Quinn and decided to call off his wedding to Paris. Paris is devastated but she is determined to have love in her life.

Paris had been in a relationship with Zende Forrester Dominguez (Delon de Metz). Paris was not certain that she wanted to make a long-term commitment to Zende. Zende wanted to ask Paris to marry him and got Quinn to design a special engagement ring for Paris. Paris told Zende that she wanted to them to have a casual relationship. Paris has been encouraged by her mother Dr. Grace Buckingham (Cassandra Creech) to go back to Zende. Paris may find that she wants to go back to Zende because she has lost Carter.

Paris had needed to find a place to live because her sister Zoe Buckingham (Kiara Barnes) had moved away. Paris had lived with Steffy Forrester (Jacqueline MacInnes Wood) and her husband Dr. John Finnegan (Tanner Novlan) for a short time. Paris believed that she needed a place to herself. Paris got an offer from Thomas Forrester (Matthew Atkinson) to move into his apartment because he was going to find a new place to live. Thomas thought that he had a place to live but the he could not get the home he was trying to get.