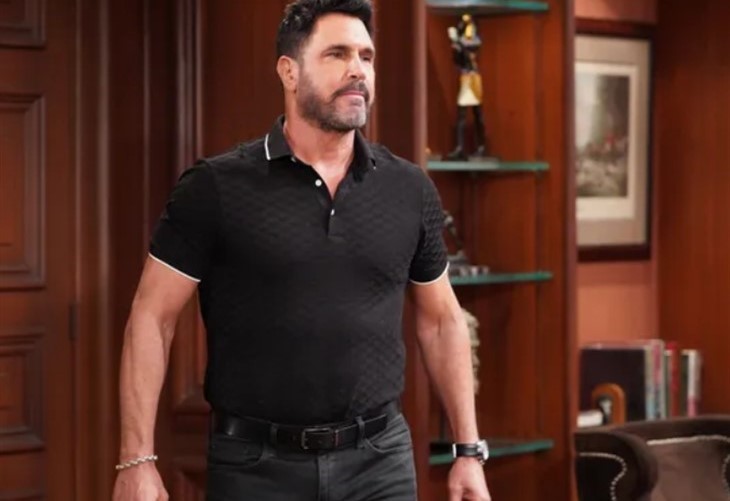 The Bold and the Beautiful (B&B) spoilers tease that the rumor mill has been ablaze ever since eagle eyed fans noticed that Naomi Matsuda was spotted on set, after her character Li Finnegan’s disastrous brush with Sheila Carter (Kimberlin Brown). Li was last seen in a car that exploded then crashed into the Pacific Ocean, a double death for sure? Not so fast soapies!

Li’s body was never discovered, and it’s “obvious” to B&B fans that Finn’s mom survived her brush with death.

The Bold And The Beautiful Spoilers – A Secret

John “Finn” Finnegan (Tanner Novlan) had a secret ally that nursed him back to health after Sheila “killed” him—his heroic mom Li!

Which begets the question, who will be Li’s hero to nurse her back to life? Is that a silhouette of a Stallion we see on the horizon? Who better to get involve in this twisty turny mystery than Dollar Bill Spencer (Don Diamont)?

We totes see him helping Li fight back to health then taking down everyone’s arch enemy, Sheila Carter. For now Sheila believes Li died after her car burst into flames and sank underwater, which means she will not be as cautious as she should, setting her up to be caught.

B&B fans saw the car hit the water, aflame, but nothing afterward. So, if Finn can survive and be miraculously alive, why can’t his mom?

B&B spoilers – What Happens Next in LA?

Some fans are convinced the writers will take a similar route to Li’s rejuvenation as they did with Finn– flashbacks that explain the aftermath of the death.

Explosive (pun unintended) summer previews show that Bill has a story involving someone surprising. Furthermore Bill is also supposed to land in the right place at the right time, so let’s put two and two together and come up with a Dollar Bill!

We love the idea of Bill with someone other than eye candy and average intelligence. Bring it on, Li Finnegan has it all: Smarts, beauty, and vengeance streak to rival Bill’s! What would she think of his office inner sanctum—would she go for a tumble in the secret lair?

Attending Carter Walton (Lawrence Saint-Victor) and Paris Buckingham’s (Diamond White) failed wedding didn’t give Bill much to do except roll his eyes!

The Bold And The Beautiful Spoilers – Dollar Bill Gets Change

Bill def needs more a storyline and partnering with Li would bring a whole new level of awesome to Dollar—horseback riding anyone?