The Young And The Restless Spoilers: Nick’s Big Decision, Family and Friends Shocked! 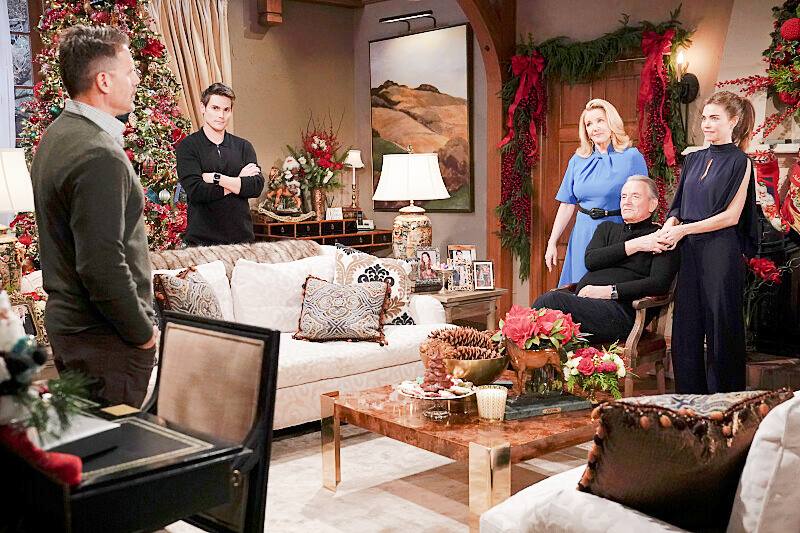 The Young and The Restless (Y&R) spoilers and updates tease that Nick Newman (Joshua Morrow) will make a shocking decision, at least shocking to his family and friends!

The Young And The Restless Spoilers: Nick Newman Has Never Liked To Wear Suits

Longtime Y & R viewers and friends and family of Nick’s know that he never liked to wear suits, and he never wanted to be part of the family business. Nick struck out on his own a long time ago, first running a club called “The Underground” and later starting his own construction company,  “New Hope.” “New Hope” focuses on building homes for the underprivileged, and Nick is probably the most altruistic of his family, and has been training his son Noah Newman (Rory Gibson).

So, Nick’s family and friends are pleasantly shocked, especially his sister Victoria Newman (Amelia Heinle) to see him accept the position of Chief Operating Officer at Newman Enterprises. Nick kids his sister that the reason he never joined the family business before now is because he doesn’t like to wear suits!

The Young And The Restless Spoilers: Nick’s Return To Newman Enterprises Followed By Sharon Reunion?

One reason Nick decided to accept the position was so he could keep peace in the family and protect everyone, notes Nick portrayer Joshua Morrow in Soap Opera Digest. That has always been something uppermost in Nick’s mind, and he has come to realize as he has gotten older he can’t do that if he’s not there.

Much of his parents’ and sister’s time is spent at work in Newman Enterprises, so if he’s going to be peacekeeper and protector, he will unfortunately have to be there! Nick isn’t coming to work to relax, either – he knows that Ashland Locke (Robert Newman) may still be a threat; so basically, Nick doubles as COO and security!

The Young And The Restless Spoilers: Nick Newman Feels Bad That Adam Newman Got The Shaft

Nick had finally accepted and somewhat bonded with Adam Newman (Mark Grossman) when they were trapped in the basement in Kansas. This was the basement of the farmhouse in Kansas where Adam had lived as a child, and Nick had hunted him down to help Faith Newman (Reylinn Caster).

Adam had redeemed himself to his family for the most part when he donated a kidney, after previously having saved her from a car wreck by getting her to the hospital. The two brothers had been trapped together when a tornado struck and they both suffered some injuries from the collapse of the house but made it out alive. So knowing that once again Adam got the shaft from the rest of the family really bothers Nick; Victor had only given him the CEO position to lure Victoria home!

Y & R Spoilers: Nick Newman’s Priority Is To Make Sure His Family Works Together

Nick’s priority is to make sure his family works together and acts like a family, and of course he hopes to talk some sense into Adam. But Adam’s so hurt he’s become dangerously angry, and hasn’t believed Victor Newman (Eric Braeden) when he talked to him. But yet, Nick knows if his sister doesn’t accept Adam and their father doesn’t quit using him and truly valuing him, there is no sense in his returning to the fold. Until and unless Adam reaches out to him without rejection, he will concentrate on the rest of the family.