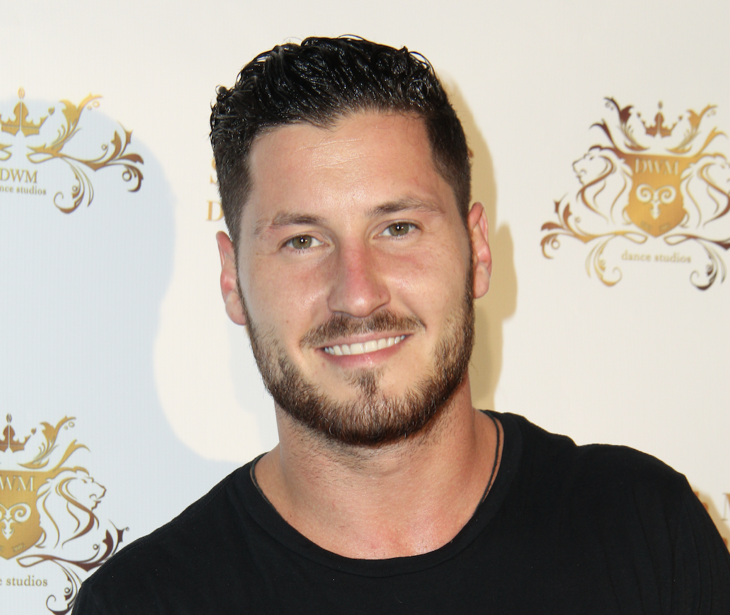 “Dancing With The Stars” (DWTS) fans love watching Val Chmerkovskiy. As a result, his hints at exiting DWTS caused dismay. But now Val’s wife Jenna Johnson has some good news for his fans.

Find out what Jenna shared about Chmerkovskiy returning to DWTS. And learn what she finds interesting about the show. Get the latest DWTS news below!

Jenna Johnson just spilled some exciting details about her husband Val Chmerkovskiy to Us magazine. And in the process, the 28-year-old also explained when they will know which professional dancers will actually return to “Dancing With The Stars.” But she also shared what she does know about the popular dance competition show.

“So, the funny thing is we actually don’t know if we’re coming back until right before the [DWTS new season starts],” revealed Jenna. However, she also dished on everything she knows about Val. “But yes, I know that Val is definitely excited to come back for another season,” Johnson said in reassuring his fans. And she also couldn’t resist boasting about her husband!

Referring to Val, Jenna shared, “I think that he’s in the best shape of his life right now. I’m not sure what happened to him [this year],” added Chmerkovskiy’s wife. “But he is snatched!” And she issued a warning to other pro dancers about her “chiseled” husband. Sharing Val feels “really inspired” to dance again, she added, “Oh wow, OK. Watch out!”

However, Jenna’s comments about Val follow the 36-year-old dancer’s previous hints that he would “probably” end his time on the show. But Chmerkovskiy emphasized his gratitude for the experience as well. And he shared, “I love the show. I love being on it. I am so grateful for the opportunity.”

The #DWTS sets always take our breath away 😍 Congratulations on the #SDSAAwards nomination! pic.twitter.com/g1DjbtbbDQ

But after Val and his partner in season 30, Olivia Jade Giannulli, got eliminated, the pro dancer dropped clues that he would leave. “I couldn’t have asked for a better partner to end it with,” stated Chmerkovskiy. And he took care not to burn any bridges. “There’s nothing but gratitude, again, with the production, with the show. I hope I’ve served the show and this show has definitely changed my life, so it’s [mutual] love and we’ll see what happens in the future,” added Val.

And he issued a promise to continue to “preach the gospel of dance.” Chmerkovskiy also noted how he views DWTS. “I don’t think anyone ever imagined that a show about celebrities partnering up with mostly Russian and Mormon ballroom dancers would be a huge hit but it is,” pointed out Val. “For some reason, maybe two people coming together and moving as one, it’s something that’s powerful beyond the dance floor and that’s really what I want to champion. So that’s what I’m doing.”

Tell us what you think. Do you hope that Val Chmerkovskiy returns to DWTS? And which celebrity would you like to see on the show? After you share your views, check back on our site for more Dancing With The Stars news!