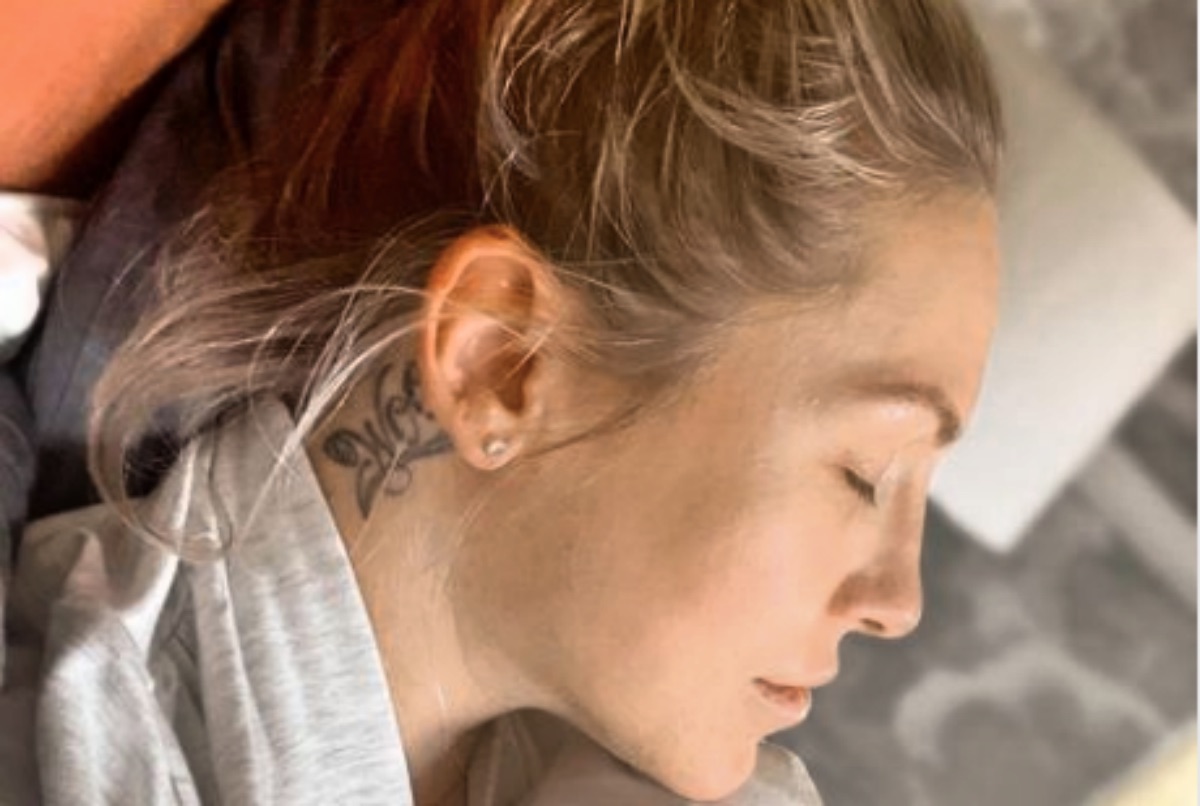 Dancing With The Stars spoilers and updates arrived about a week ago, that Sharna Burgess welcomed her baby, Zane. ABC fans knew that she and Brian Austin Green expected a baby. So, they were thrilled that there seemed to be no complications. Now she started sharing photos, one of them seemed particularly heart-melting.

When Zane arrived, he was the pro dancer’s first baby. Meanwhile, Brian Austin Green already had kids from a previous relationship. Nevertheless. he seemed thrilled about the latest addition. Along with Sharna, they both shared a photo of baby Zane clutching his finger. At the time, fans feared they might not see the baby’s face.

Since then, the Dancing With The Stars pro-dancer told her fans that she feels blissfully happy. Additionally, she talked about how she gets over the birth slowly, but steadily. Actually, ABC fans thought she looked amazing. At the time, she also confirmed that she underwent a C-Section and it seems that advice came from her doctor.

Despite fears that the couple might keep their baby private, Sharna Burgess did share a photo of herself with Zane. In the first one, she held him close to her chest. That came soon after the birth of her child. The baby looked fast asleep. However, in a new photo that she shared of Brian with their son,  Zane’s eyes were slightly open.

Dancing With The Stars fans reacted after she wrote, “Worth the wait. Both of you .” In response, one fan penned, “He is …precious so adorable omgZ ❤️❤️❤️❤️❤️.”

Jana Kramer also arrived in the comments with, “❤️❤️❤️❤️❤️❤️.”

More comments followed similar to this one: “Your son is beautiful. Enjoy every single moment. It goes by so fast. ❤️”

Dancing With The Stars fans think that the little fellow looks just like his dad. Additionally, it seems that he looked very tender with baby Zane. One hand cupped his son’s head, whilst the other one held him safe as he dozed on his chest. One thing that is indisputable, is that modern times mean dads also get to bond with their children from a very young age.

It’s not that long ago, that men stayed out of the delivery room and left parenting up to their partners. Heart-melting photos like the one that Sharna Burgess shared seem extremely moving. And these days, with so much grim news around, her generous sharing probably lifted many spirits. What er your thoughts? Shout out in the comments below.