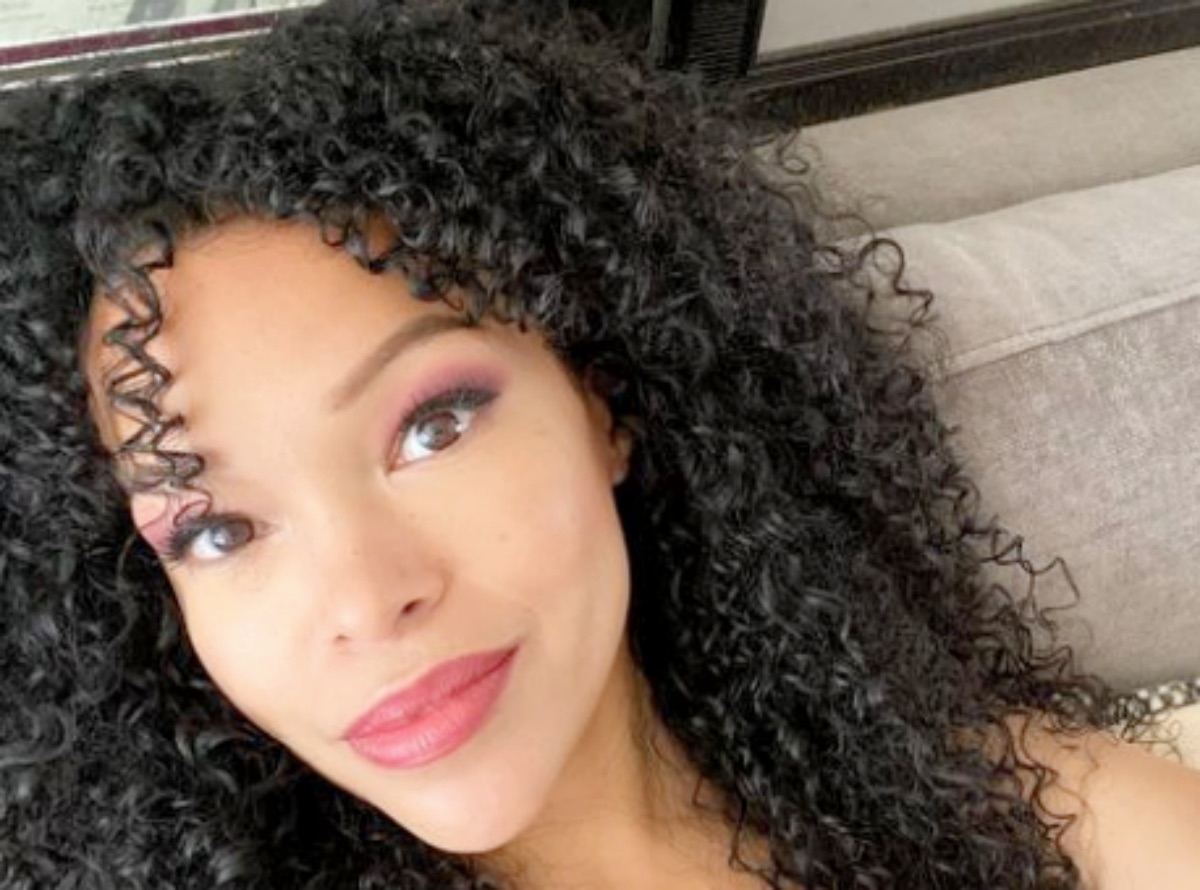 General Hospital spoilers and updates reveals Brook Kerr is getting the material that she is worthy of as Dr. Portia Robinson on General Hospital. Kerr first got her kickstart in the soap world back in 1999 when she was hired to play the role of Whitney Russell on Passions, a now-defunct NBC daytime drama.

She came back to the soap world when GH was seeking someone to play Trina Robinson’s (Tabyana Ali) mother and she has done an exceptional job thus far. We love and so do many fans, love the mother-daughter connection that Trina and Portia have. It was one of her latest scenes however that had the internet buzzing about the wonderful work she did.

As Trina was getting ready to face the justice system for a crime she did not commit, Portia had a very important talk with Stella (Vernee Watson-Johnson). The important conversation highlighted what many viewers noted from the get-go as Trina was being framed by Esme (Avery Kristen Pohl). Viewers noted the obvious that a girl of color was being framed and sent to face the judicial system for a crime she did not do.

In Portia’s talk with Stella, the conversation highlighted some of today’s real-life issues surrounding racism. Brook and Vernee had us all crying as we watched a mother of color worry about her daughter and failing to bring her daughter awareness of these racial issues in the world. 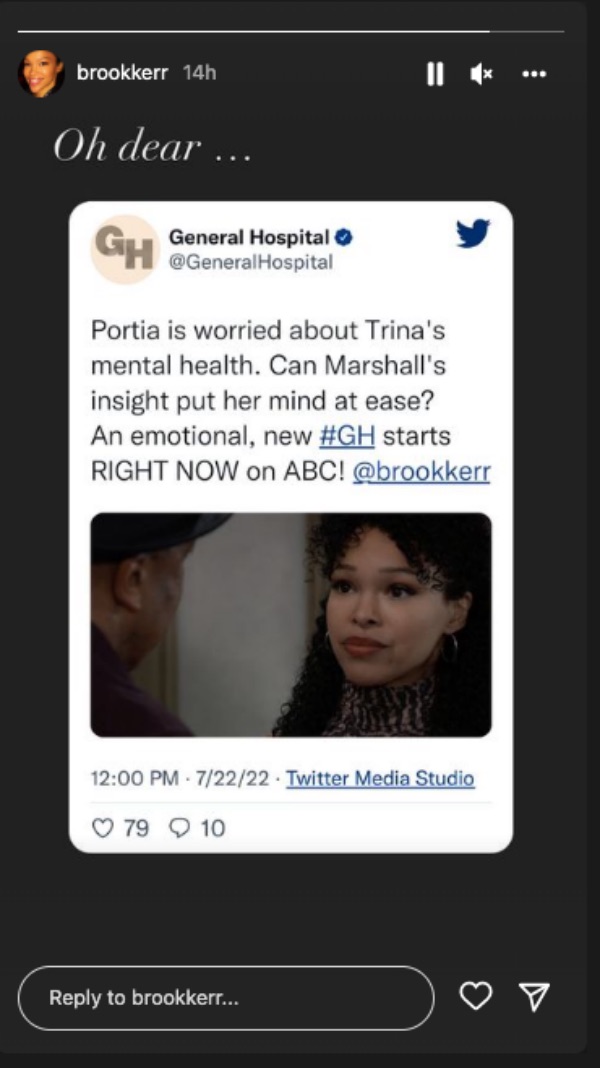 The Actress Thanks GH Fans

Kerr upon reading the positive feedback about her work on the show in those scenes tweeted, “I’m overwhelmed with all the love and support I’ve received from yesterday’s episode… My heart jumped when I read that material. And to be able to do it with @VerneeWJohnson_ I’m catching up and y’all got me crying now….Thank you to the whole #gh family.”

We couldn’t help but highlight the outstanding work done by these two wonderful actresses in bringing across something so vital. We, like many others, think this could be an Emmy reel for both actresses and even for the show. What do you think, fans? Be sure to watch ‘GH’ on weekdays on ABC to see the stories unfold!