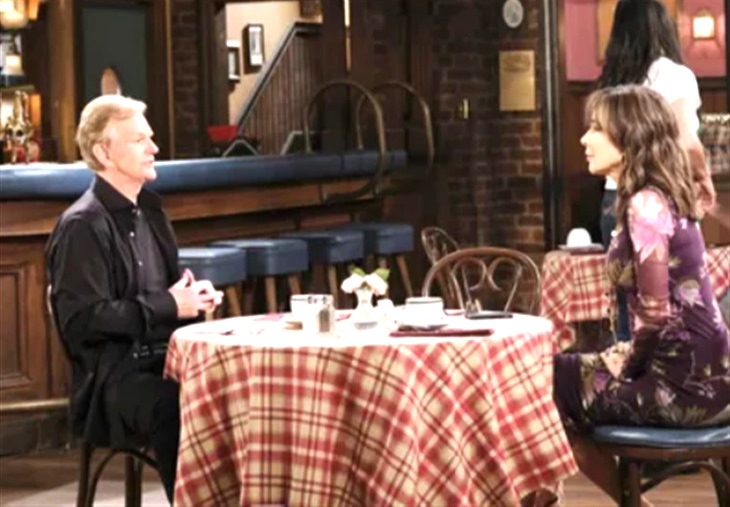 Days of our Lives (DOOL) spoilers and updates tease Paulina Price (Jackee Harry) wants to mend a broken heart. Paulina has been able to find happiness with her husband Abe Carver (James Reynolds). Paulina knows that Abe wants to support his family and friends. Abe is close friends with Roman Brady (Josh Taylor). Roman has been having trouble with his relationship with Kate Roberts (Lauren Koslow). Paulina may decide that she can help Roman to make a decision about his feelings for Kate.

Paulina is going to need Roman to tell her about his problems with Kate. Roman can tell Paulina that he broke up with Kate because she kept a secret. Kate knew that her son Lucas Horton (Bryan Dattilo) kidnapped Roman’s daughter Sami Brady DiMera (Alison Sweeney). Kate had promised Roman that she would not keep secrets from him. Kate had told Roman that she had helped her son Philip Kiriakis (Jay Kenneth Johnson) leave Salem after he tried to frame Brady Black (Eric Martsolf) for his death.

Roman had agreed to help Kate keep Philip out of trouble. Roman has been upset that Kate did not tell him about Lucas. Roman had believed that Sami would be happy with Lucas. Sami was devastated when she found out that Lucas had kidnapped her on their wedding day. Roman was shocked that Kate did not try to stop Lucas from trying to marry Sami. Roman has told Kate that their relationship is over.

Paulina may believe that Roman should be upset that Lucas kidnapped Sami. Paulina has had to deal with a dangerous man in her past. Paulina had to get away from TR Coates (William Christian) because he abused her. Paulina had to find a way to protect her daughter Lani Price Grant (Sal Stowers) from TR. Paulina may feel that Roman should be upset with Lucas and not with Kate. Paulina knows that Kate wanted to protect Lucas from getting into trouble with the law. Paulina had decided that she would try to keep Lani out of her legal troubles after she had killed TR. Paulina was willing to go jail for killing TR to save Lani.