The Bold And The Beautiful Comings And Goings: Vincent Irizarry Returns 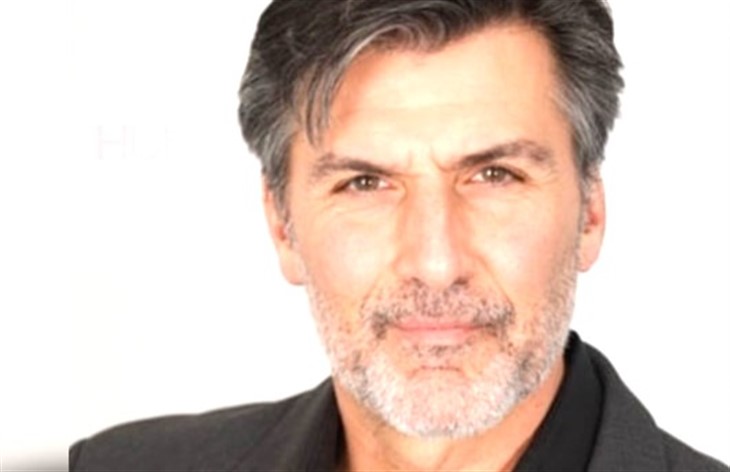 The Bold and the Beautiful comings and goings reveal the return of Vinent Irizarry as Dr. Jordan Armstrong.

The Bold And The Beautiful Spoilers – Brings Back Big Soap Star

Vincent Irizarry is a soap opera veteran who last appeared on The Bold and the Beautiful in 2019 when she played the doctor who helped save Thomas Forrester’s (Matthew Atkinson) life after he had a brain injury. He didn’t really have much storyline, but it was still wonderful to see this familiar soap face.

This time, he returns to take care of Li Finnegan (Naomi Matsuda). It’s Bill Spencer (Don Diamont) who calls Dr. Armstrong over to his house to examine the poor woman he found in a restaurant alley. She is terrified, not well, dirty, hungry, and can barely say a word. Bill can’t help but want to do his best for her in an unusual act of kindness. Will Dr. Armstrong recognize her considering she is a big Los Angeles doctor?

If he does, this can be the key to learning where Sheila Carter (Kimberlin Brown) is and also revealing that John ‘Finn’ Finnegan (Tanner Novlan) is indeed alive and sorta well.

“Look who’s back! Dr. Jordan Armstrong makes a house call on @boldandbeautifulcbs next week! Tune in to @cbstv and check it out 📺😁💖” 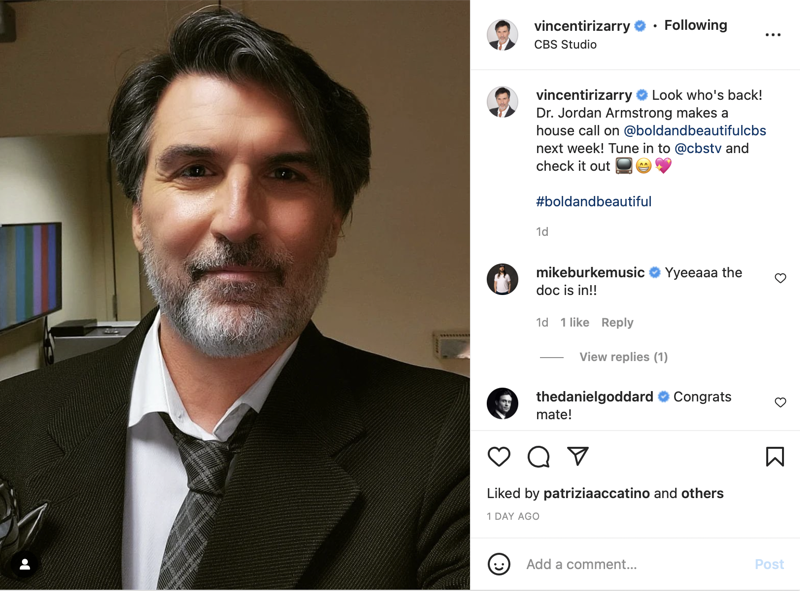 Irizarry has been a soap opera star since the 1980s when he first created the role of Alexandra Spaulding’s (Beverlee McKinsey and Marj Dusay) son Lujack Luvanczek. He was paired with Judi Evans’ Beth Raines at the time but was later killed. Irizarry then went on to play Scott Clark on Santa Barbara for a short time, but returned to GL as Lucjak’s twin, Nick Henry.

The actor also made a name for himself as David Hayward on All My Children and many fans would like to see him bring David over to General Hospital as a foil for ex-wife Anna Devane (Finola Hughes). Irizarry also played Victor Kiriakis’ (John Aniston) brother Deimos Kiriakis on Days of Our Lives, but Deimos was killed by Nicole Walker (Arianne Zucker).

Will Dr. Armstrong get a storyline of his own this time around on B&B? And how long will he be sticking around. Stay tuned to The Bold and the Beautiful weekdays to find out.