The Young And The Restless Spoilers: ‘Skyle’ In Dire Straits, Phyllis And Harrison Face Desperate Circumstances 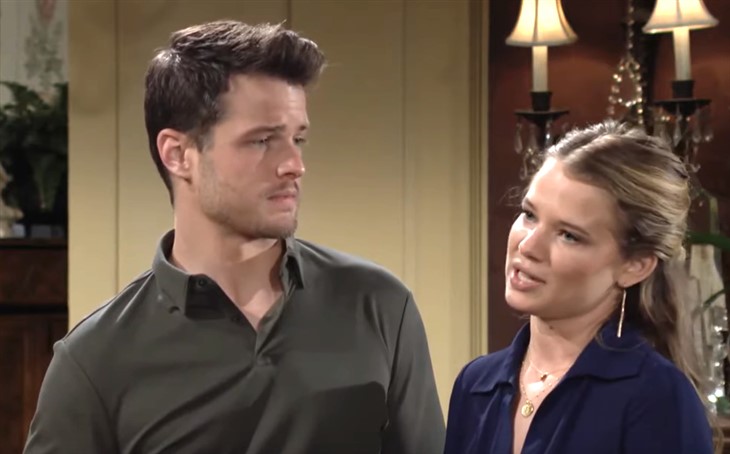 The Young and the Restless (Y&R) spoilers and updates tease Kyle Abbott (Michael Mealor) is dealing with a family crisis. Kyle decided to move back to Genoa City to reconnect with his mother Diane Jenkins (Susan Walters).

Kyle convinced his wife Summer Newman (Allison Lanier) that she should come home with their son Harrison Locke (Kellen Enriquez). Summer had wanted to be close to her mother Phyllis Summers (Michelle Stafford) and was happy to return to Genoa City. Summer and Kyle were shocked that they have had problems with Phyllis and Harrison.

Phyllis has hoped to get Diane to leave Genoa City. Phyllis has found unexpected support from Nikki Newman (Melody Thomas Scott) and Ashley Abbott (Eileen Davidson). Nikki and Ashley have had their problems with Diane in the past. Phyllis hopes that she can make Diane leave town with Nikki and Ashley’s help. Summer does not know that Phyllis is conspiring with Nikki and Ashley. Summer knows that Kyle wants a relationship with Diane. Summer may try to stop Phyllis from going through with her plan to make Diane leave Genoa City.

Kyle was surprised when he found out that Harrison was his son. Harrison had grown up with his mother Tara Locke (Elizabeth Leiner) and her ex-husband Ashland Locke (Robert Newman). Ashland believed that he was Harrison’s biological father. Kyle had wanted Ashland to have a place in Harrison’s life but found out information about Ashland that made him reconsider letting Ashland be around Harrison.

Kyle decided to get Michael Baldwin (Christian LeBlanc) to help him to get a restraining order against Ashland. Diane went to the park with Harrison. Ashland encountered Harrison and wanted to spend time with him. Diane called Michael for help with Harrison and Ashland. Michael contacted Kyle and Summer about Harrison being with Ashland. Kyle and Summer went to park to get Harrison. Ashland was arrested for violating the restraining order. Kyle is going to find out that Ashland is out of jail. Kyle is going to want to make sure that Ashland does not try to come for Harrison.

The Young and the Restless Kyle and Summer intend on facing their problems. Summer wants to keep Kyle from being hurt by Diane. Summer knows that Phyllis would want to help her to deal with Diane. Will Summer need to turn to Phyllis to get Diane out of Kyle’s life? Summer may not need to get Phyllis to help her with Diane because Diane may be trying to turn her life around. Can Summer get Phyllis to accept that Diane has changed? Kyle may need to take steps to keep Harrison away from Ashland. Can Kyle keep Ashland from putting Harrison in danger?