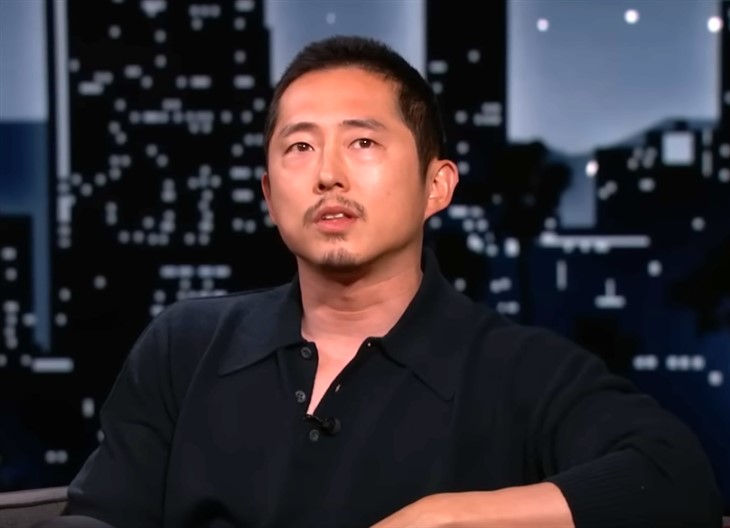 The Walking Dead spoilers and updates tease that Steven Yeun isn’t coming back to the show. With eight episodes left before the show comes to an end, fans would just have to accept that they won’t be seeing Glenn Rhee for the last time.

Yeun was one of the original cast members of the show. He appeared in the first six seasons of The Walking Dead before getting killed by Negan (Jeffrey Dean Morgan) in the premiere episode of season 7. Abraham Ford (Michael Cudlitz), who was also killed along with Glenn, reappeared in a dream sequence later in the season. Now, fans are wondering if Glenn will reappear, too, before the curtains close on the series.

The Walking Dead – Steven Yeun Opens Up About A Possible Return

Unfortunately, Yeun won’t be coming back to the show. The actor talked about his stint on the show when he made an appearance on Conan O’Brien’s Conan Needs a Friend to promote Jordan Peele’s Nope movie.

He recalled the time when fans asked him whether he decided to leave the show or the show killed him off. It was “complicated” the actor said,

“Sometimes, you just accept what it is and you go with it. There’s no tension behind it,” he explained.

Yeun made it clear that he had no plans of reprising his role on The Walking Dead, whether it’s a prequel or as a flashback. He shared how some people tell him that it would be nice to have a Glenn origin movie. But the actor said that it was a “horrible” idea.

“That was so long ago. I was another person. I don’t think I could go back there,” he explained.

He pointed out that his alter ego’s death was final, and he was thankful for that. He considered it a blessing that the door had been shut for good. The way he died on the show sealed the door, which means he’ll never return.

AMC is set to release another TWD spinoff, Tales of the Walking Dead, on August 14. It’s the origin story for Alpha of the Whisperers (Samantha Morton), a character that was killed off in season 10.