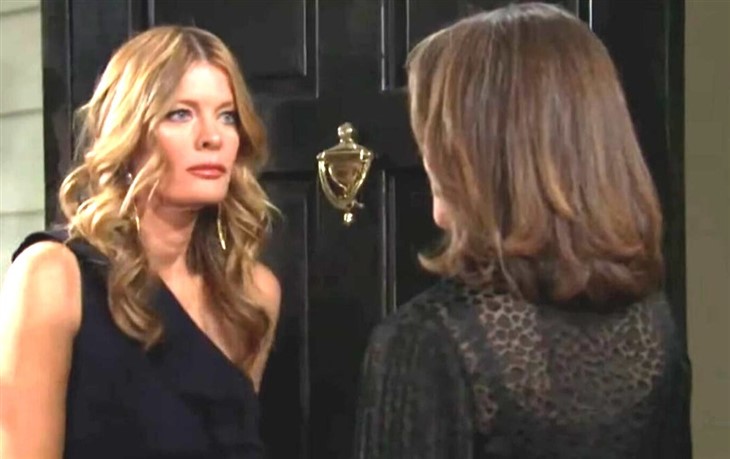 The Young and the Restless spoilers document that Diane Jenkins (Susan Walters) will be stunned if Phyllis Summers’ (Michelle Stafford) hopes are realized, and she joins the team at Marchetti. Teasers indicate that Phyllis will take a so-called break from running The Grand Phoenix Hotel as part of a plan to force Diane out of town.

Phyllis hopes to sabotage Diane at Marchetti by turning Summer Newman Abbott (Allison Lanier) and Kyle Abbott (Michael Mealor) against her. Whether the soapy trio of Phyllis, Nikki Newman (Melody Thomas Scott), and Ashley Abbott (Eileen Davidson) can pull off their team effort is an open question.

Diane is trying to be a better person. She has not been involved in too much conflict, with some exceptions, since forcing her way back into Genoa City, Wisconsin.

Phyllis and her companions are looking past the redemption aspect because they believe Diane is undeserving of a second chance. Their problem is that other GC residents disagree, including Summer, a key defector, and Michael Baldwin (Christian Le Blanc).

Phyllis saw the type of mayhem and destruction that Diane caused before she pretended to be murdered by Nikki. Stafford’s character believes that Diane was a major reason why trouble with Jack existed.

Lanier’s character sees her mother as the cause of her own problems in modern times, with the recent marked territory plot point representing an egregious mistake. So, Phyllis’ logic is not getting through to Summer, taking her off the board as a defender. That significantly weakens Phyllis.

The Young And The Restless Spoilers – Kyle Abbott’s Mind Open?

Phyllis can not blame Kyle for caring about his mother. She understands that Kyle knows Diane was troubled. But Phyllis wants him to think past the past tense.

Diane hopes to benefit from just enough compassion to reclaim a position in Jack’s life. Kyle knows his mother still cares for Jack but does not think that is a concerning issue.

The Young And the Restless Spoilers: Phyllis Has A Brand New Plan In Mind #YR #youngandrestlesshttps://t.co/7IcduSRMNV

So, Phyllis is hoping that Kyle and Summer give her the same type of opportunity they have given Diane. Assuming that happens, viewers must wonder if Kyle, in particular, will come to see Phyllis’ point of view or if the plans to foil Diane will backfire on Y&R, putting her enemies in a worse position?