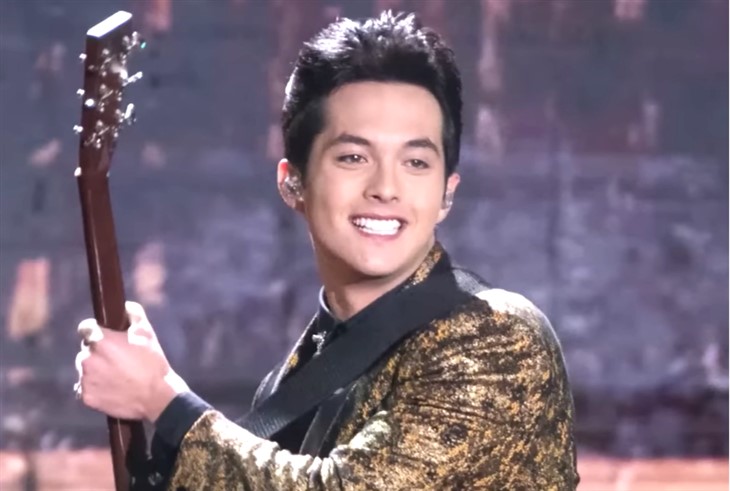 American Idol winner Laine Hardy looks completely different these days. Recall, back in his very first audition, he seemed cute, a bit chubby, and self-conscious because his teeth were damaged in an ATV accident. Well, his talent grew, and so did he. Now, we found five photos that show how the Country star morphed over the years

After winning the ABC show in 2019, the newly minted star didn’t produce much original content. Actually, it seemed like he might end up as just another flash in the pan. Obviously, the arrival of covid 19 set him back a bit. But, when he did produce new music, he quickly rose in popularity. So, by 2021, he was being touted as the top rising star in the Country Music scene.

For a while, the American Idol star went quiet on social media. That came along after the alarming news that he’d been arrested. Allegedly, he planted a bug in his former girlfriend’s dorm, thereby committing an offense. Since then, little news came out, but rumors suggested that the girl involved opted for a settlement out of court. Now that he returned to social media, he looks completely different.

The 2019 winner didn’t get completely shunned by the world, and he embarks on another tour. Additionally, he was featured in the Reunion Special for the ABC show this year. At the time, people realized that he’s not a cute little teenager anymore. As you can see below, he looked so loveable and cuddly at his first audition in 2018.

When the American Idol wanna-be turned up for his 2019 audition, he went along to accompany someone else. Anyway, he did well, so the judges asked him to sing and then sent him through to Hollywood. In that audition, he looked a bit thinner, and he had gotten his teeth fixed. However, he was still very recognizable.

In 2020, the young star started changing his appearance, and some facial hair started appearing.

In 2020, the American Idol winner shared some photos on Instagram that revealed he started to lose his clean-shaven appearance. In fact, he had also thinned down a lot. Actually, that might be due to the fact that he contracted Covid 19.

In 2021, when Laine traveled overseas and performed for the US Military, he’d definitely grown his hair a bit longer. Additionally, his beard started to grow.

When the American Idol winner appeared again on Instagram this week, he announced that he’s making more music. In his caption, he said, “been writing some new songs.. let me know what you think…“Party I Can Play.” Naturally, his many fans were delighted to see him back again. You can see in the photo below how he looks these days.

If you had last seen Laine Hardy when he auditioned in 2018 and 2019, would you even recognize him if you passed him on the street? Shout out your thoughts in the comments below.

Remember to check back with us often for more news and updates about American Idol talent on ABC.