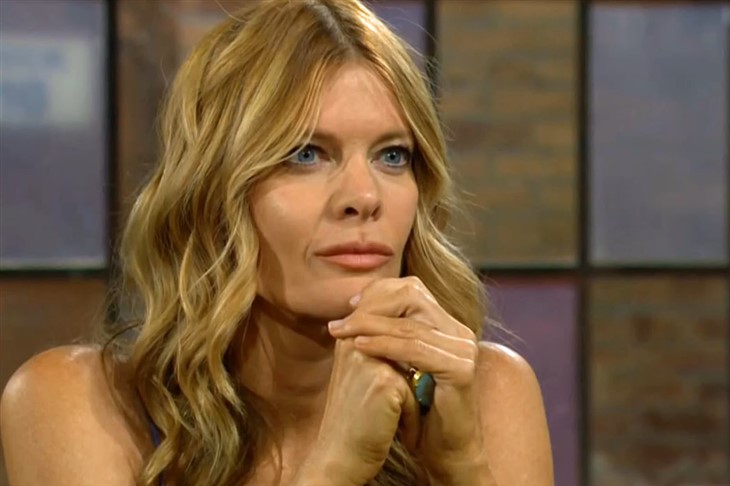 The Young and the Restless spoilers document that Phyllis Summers (Michelle Stafford) thought she would be able to block whatever Diane Jenkins (Susan Walters) tried to pull after revealing Nikki Newman (Melody Thomas Scott) did not murder her. The faked death scenario reopened a door everyone in Genoa City, Wisconsin, thought was forever sealed.

Diane’s comeback from the dead has been followed by worming her way back (Phyllis’ fitting phrase) into Kyle Abbott’s (Michael Mealor) life. Phyllis believes she did so as a way to reestablish a relationship with his father.

The Young And The Restless Spoilers – Jack Abbott Recognizes Changes

Jack Abbott (Peter Bergman) is leery of Diane. But without Phyllis in the picture, the constant harping about what Diane did and the threat she poses today are not front and center.

Recent scenes, where Diane asked Jack for advice about Marchetti, reflected the advances she has made since stunning him in Los Angeles, California. There is a noticeable thawing of feelings, with Jack not yet seeing Diane as a romantic option. But how can anyone dismiss that outcome?

Kyle is most important to Jack, along with Harrison Locke (Kellen Enriquez). So, Diane’s recent double-cross of Ashland Locke (Robert Newman) was received well. Jack saw that as Diane risking herself to protect Harrison and a reinforcing her claims of being pro-family.

Nikki developed an idea during a brainstorming session with Phyllis. They were talking through a best-case scenario to force Diane out of town when the insider strategy emerged.

Phyllis had a job offer from Summer Newman Abbott (Allison Lanier) in the recent past. That was when Summer, Kyle, and Harrison were living in Italy.

So, Nikki suggested that Phyllis take Summer up on her offer. Phyllis balked, citing her responsibilities at the Grand Phoenix Hotel.

But Phyllis reconsidered Nikki’s idea, realizing she is the most plausible solution. But fans know, and Phyllis has admitted that she can not control her emotions when Diane is around.

All of the above projects to great daytime drama, as Stafford and Walters kill in on screen when they are in any scene. So, the potential of having Phyllis and Diane implausibly working for Marketti, and likely within a close and regular proximity to each other, seems too juicy to not deliver on Y&R.