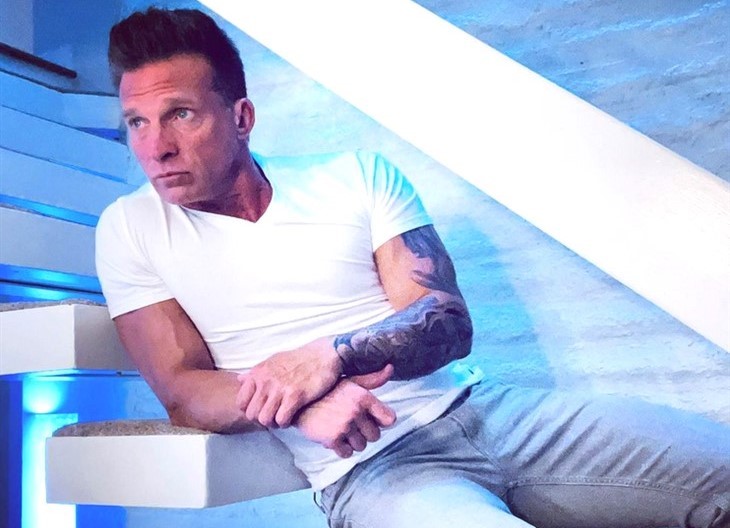 Steve Burton had a talk with Michael Fairman about his exiting General Hospital as Jason Morgan, his reprising Harris Michaels on Days of Our Lives: Beyond Salem chapter, the future, his filing for divorce from Sheree Gustin and more.

Days Of Our Lives Spoilers – Steve Burton Talks His Time On DOOL: Beyond Salem

Burton enjoyed his time on Beyond Salem and working with Kristian Alfonso. He is open to coming back to the show for future seasons or even returning to the mothership show. He said, “If there is another one, if there is an open door on DAYS at some point, and I don’t know this, I’m just saying, I think they wanted to make it like, ‘Hey, this guy is really not a bad guy, and he’s redeemable.”

When the subject of him being fired from GH for not adhering to the vaccine mandate he revealed that he still stands by his decision. He shared, “I do. There was really no doubt in mind, obviously. It was just something that I believed, and I just could not do it. Look, I always say, you’ve got to follow your gut in life. Anytime I’ve ever gone against my gut instinct or conscience, it’s usually not a good result, and that’s why regret is always a guideline, your conscience is your guideline, and I don’t think I could have really lived with myself if I went against it.”

DOOL Spoilers – Steve Burton Was Not Worried About Finding Another Job

Steve was not worried about landing another job, he said, “No, things are changing daily with things all the time. I didn’t really worry about it. I felt if things change at GH, sure, I could probably go back.”

He also talked about his working with Kelly Thiebaud (Britt Westbourne) and Laura Wright (Carly Corinthos). He was in the news lately after filing for divorce from his wife Sheree Gustin for over twenty years. He talked about how his life has been challenging personally and professionally this year and also revealed the lessons he learned to get through the tough times. Fans can support him and Bradford Anderson (Spinelli) and their podcast as well as the other ventures that Burton will be going into in the near future.