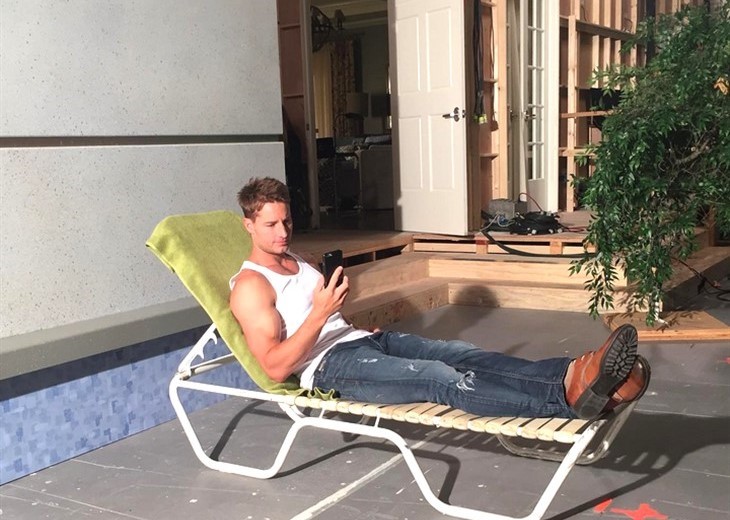 After nearly six years, The Young and the Restless alum, Justin Hartley, is coming back to the CBS network for a new project. The actor also expressed that he “couldn’t be happier” to have his new primetime project at CBS.

Deadline exclusively reports that CBS has ordered a pilot for The Never Game, which Justin Hartley will executive produce. The Y&R alum will also star in the primetime show as Colter Shaw.

“I couldn’t be happier that The Never Game is coming to CBS and that Colter Shaw will be brought to life on screen soon,” said Justin Hartley when the order was announced.

Hartley also shared that he was quickly drawn to the character, Colter Shaw, when he read the book. He’s also excited for the viewers to meet him.

Reports say that the network gave a pilot commitment in September last year, but Hartley was still wrapping up the final season of This Is Us. When writer Ben Winters sent off the script to CBS, the bosses were quite pleased and ordered the pilot immediately.

The Never Game is based on Jeffery Deaver’s thrilling novel in 2019. It follows the story of Colter Shaw, a “reward-seeker” who travels across the country to help police solve crimes and find missing persons for private citizens. Things took a turn for him when he took a job in Silicon Valley to find a missing college student, which led him deep into the dark gaming industry.

Hartley is co-executive producer with Ken Olin (This Is Us EP). Olin will also direct the pilot. Michael Cooney was supposed to write the script, but he was replaced by Ben Winters recently.

Y&R Spoilers – What Justin Hartley Has Been Up To

Justin Hartley played Adam Newman on The Young and the Restless from 2014 to 2016 and Scott Trosman on Mistresses during the same years before he moved to the primetime This Is Us and played Kevin Pearson.

Since then, he has had several other projects, including A Bad Moms Christmas (2017), Another Time (2018), and Senior Year (2022). He also appeared in Jane the Virgin (2019) and Family Guy (2022). He has another project in post-production called The Noel Diary, which is expected to be released this year.