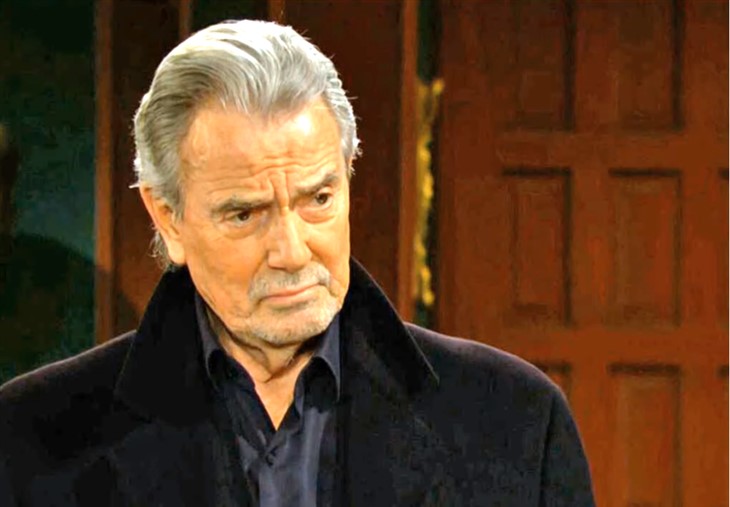 The Young and the Restless spoilers document that Victor Newman (Eric Braeden) is teased to be responsible for moving Ashland Locke’s (Robert Newman) body out of Victoria Newman’s (Amelia Heinle) house. Victor’s henchmen seemingly put Ashland’s dead body into his car, which landed in a ravine.

Victoria felt someone was following her when she walked through Chancellor Park. Then, after she returned home and as the soapy winds ominously began blowing, Ashland appeared in the backyard. Letting him in the door opened the next chapter in what has become a summer thriller.

The Young And The Restless Spoilers – So, Ashland Locke Is Dead?

Michael Baldwin (Christian Le Blanc) apparently confirms that Ashland’s body is identified as being in the car that Chance Chancellor (Conner Floyd) learns has been located. That scenario implies the surveillance team Victor had watching Victoria handled the cleanup.

Viewers must wonder why Victor’s minions could not prevent Ashland from getting onto Victoria’s property. That would have represented true protection.

Unless the body is misidentified or Ashland has somehow avoided death, Newman’s character has regrettably been written out of the show.

Nick Newman (Joshua Morrow) convinced his sister to call the authorities. Her contact with Chance led to them explaining the situation to their brother-in-law, while Victor was oddly present.

Why would the Moustache be allowed to sit in on questioning by a law enforcement official? Such is life in GC.

But Victoria’s problems seem far from over. TPTB can not possibly end this arc with a clean ending, where Paul Williams (Doug Davidson) quickly closes the case. And hopefully Y&R’s longtime stalwart, Williams, whose head shot is still included with the rest of his colleagues in this soap’s online page, is part of the on-screen action.

The Young And The Restless Spoilers – Revenge Against The Newmans From Beyond The Grave?

Ashland did not lose his mind after Victoria duped him in New York. He began to break while standing with her in the Newman Enterprises executive office. Victor instantly rejected Ashland’s request to say goodbye to Harrison Locke (Kellen Enriquez).

The Young and the Restless Star Courtney Hope Opens Up On What She Really Thinks About Sally Spectra #YR #YoungandRestlesshttps://t.co/jNje6D1nHx

The events at Chancellor Park, where Diane Jenkins (Susan Walters) threw-in with the gotcha plan Michael presented to her, created Ashland’s break with reality. He decided while sitting in prison that Victoria and her family would pay.

It will be ironic if the Newman family faces legal entanglement because of what Victor did. Ashland will be laughing hard from whatever hot place he is residing.

The Young And The Restless Spoilers: Implications Of Victor’s Coverup –…