The Bold And The Beautiful Spoilers: Is Delon De Metz Anything Like Zende Forrester? 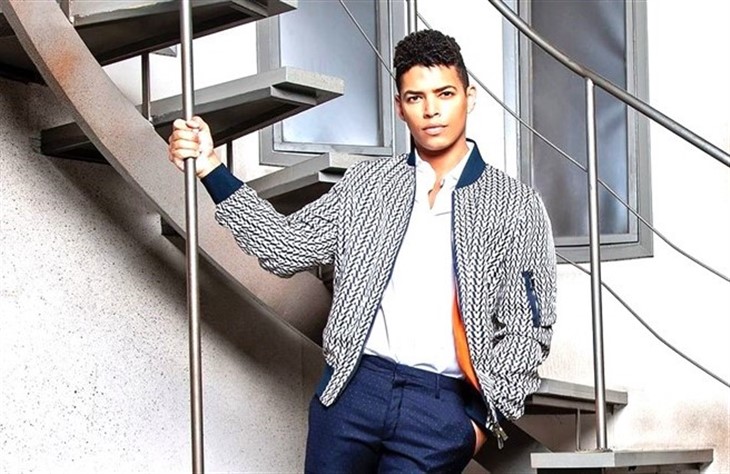 The Bold and The Beautiful spoilers and updates show Delon de Metz currently plays Zende Forrester on B&B He has been playing the role since 2022 taking over from Daytime Emmy award-winning actor, Rome Flynn. But, is de Metz anything like his B&B alter?

The Bold And The Beautiful Spoilers – More About Delon de Metz

He is an American actor of Dutch and Caribbean descent and was born in Manhattan, New York. He studied at the Horace Mann School before attending Harvard University, from which he graduated with an honors degree in economics. He has also appeared in a number of television series and independent films, his performances in which have garnered him several awards and nominations.

In a character vs. actor article with Soap Opera Digest, de Metz revealed what he and his character may or may not have in common. For him, he is of the opinion that Zende is a much better person than he is but he is sure that he most naturally would have the most fun at parties than Zende ever would or any fictional character for that matter.

The Bold And The Beautiful Spoilers: Li Instantly Better – Sheila Persuaded By Finn

While he doesn’t have out there about his love life. he is of the opinion that he is much luckier in love than Zende is. He also highlights that he is more scholarly than Zende. On the subject of who drives a cooler car, he said, “I feel like Zende must drive a ’rari [short for Ferrari]. I’m still working my way up there.”

He is sure that he is more athletic than Zende is at any sport. He also thinks that he is funnier and braver than Zende. But surprisingly he says that he has a worse temper than Zende as Zender is calmer in crisis than he is. Delon feels that he is a better judge of character than his alter ego and a better friend for anyone to have.

On the subject of romance, Delon believes Zende is more compassionate and romantic and Zende is a much better cook than he is.

So did you enjoy this read? Are you surprised to see that Delon is most likely nothing like the character he plays on television? Leave a comment below!