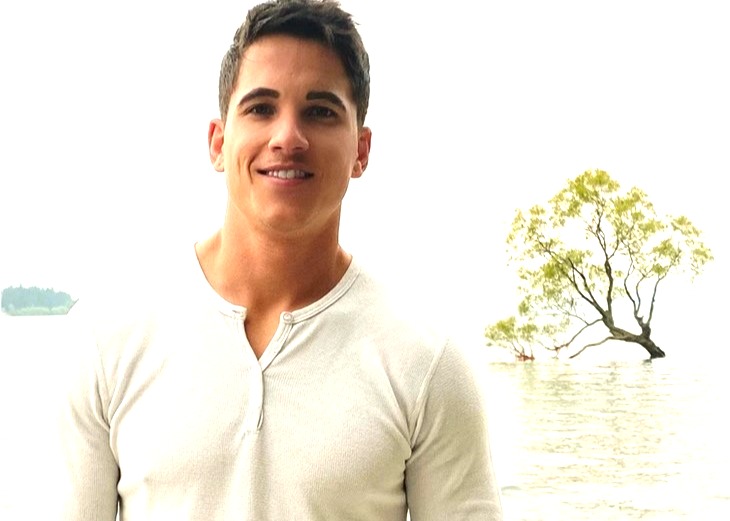 Days of Our Lives spoilers and updates reveals alum, Mike Manning’s (ex-Charlie Dale) film, Slapface is now available on DVD and other mediums. The actor tweeted, “Happy to announce @SlapfaceFilm is available on @PrimeVideo + DVD today. This is a special one. Lemme know what you think.”

Days Of Our Lives  Spoilers – All About The Film

The film which is written and directed by Jeremiah Kipp was released in 2021. In this film, after the death of his mother, Lucas, a loner who lives in a rundown home with his brother Tom, regularly seeks solace in the nearby woods. With his only “friends” being a group of female bullies, he keeps to himself most of the time. After a strange encounter with an inhuman monster, Lucas begins to withdraw from others. The two reach a tentative trust and the boy is swept up in a series of primal adventures.

A bizarre friendship is born. When violence and carnage begin to follow the witch, Lucas must try and stop his new friend from killing again, but is it her he really needs to stop? Meanwhile, Anna, an outsider in their small town, becomes romantically involved with Tom and grows increasingly concerned about the welfare of Tom’s little brother. Plus, Sheriff John Thurston, has a history with Tom and Lucas’ deceased mother and feels a responsibility to look out for the well-being of her orphaned children.

Manning is an Emmy award-winning actor, writer and producer. His most recent run on the NBC daytime drama was tied into the arrival of Ben (Robert Scott Wilson) and Ciara’s (Victoria Konefal) baby. He can also be seen on The Bay as Caleb McKinnon. Manning also has several other gigs in the pipeline which you can look forward to including a new series.

As per usual, we will keep you updated on all his new gigs so stay tuned. Would you love to see him back on Days full time? Would you like to see him on another daytime soap opera? Be sure to check out Manning’s new film!