The Young And The Restless Spoilers: Camryn Grimes Is Shocked She Hasn’t Had A Baby Yet 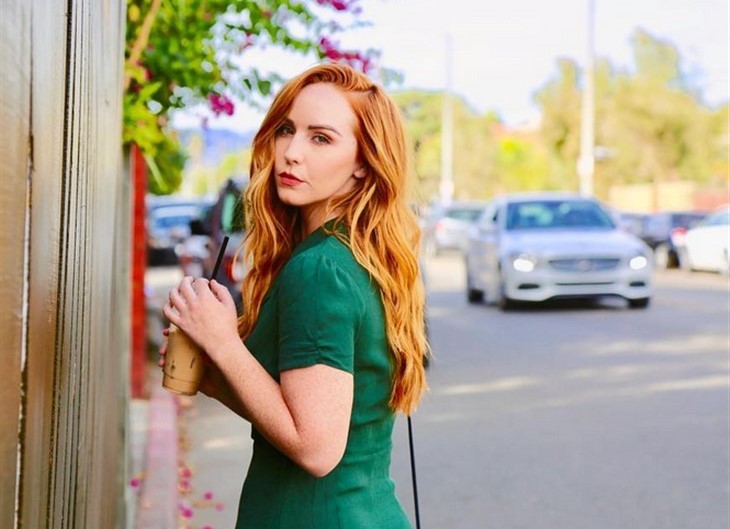 The Young and The Restless (Y&R) spoilers and updates reveals Camryn Grimes is gearing up for a big wedding day to her fiancé Brock Powell. She is also enjoying playing the role of Mariah Copeland on The Young and the Restless, though she was initially introduced to soap opera viewers as Mariah’s twin, Cassie Newman. Luckily, we got a chance to know Grimes a bit better via a character vs. actor article with Soap Opera Digest.

Grimes is quite sure that she is nothing like Mariah when it comes to the fashion department. She believes that Mariah is a way better dresser because in real life she keeps her style simpler and more casual wearing sweats almost every day of the week. When it comes to who is more fun at parties, she said, “I’m way more fun. I’m an extrovert and Mariah strikes me as a little more guarded and only comfortable with people she really knows. I’ve never seen Mariah do running charades, so add an extra point for me.”

She is of the belief that Mariah is more emotional than she is although she stays very realistic and has a pragmatic approach to things. Who knew? Grimes says she is funnier than Mariah is because she loves to make people laugh, it’s one of her greatest joys. On the subject of who has the worst temper, Grimes shared, “Mariah. It takes a lot to get me angry or even raise my voice. I rarely ever let it get to that point. You’d have to be really screwing up to get me mad.” And then she revealed that she is more calmer in a crisis than Mariah, “Me. My fiancé would probably disagree but I think I’m very rational. I’d rather try to fix something first than panic about it.”

Grimes is obsessed with cooking. She calls it her favorite thing in the world to do. She is sure that she is a better cook than Mariah ever could be. Funny enough, she says Mariah is more romantic, “Mariah. I am not romantic in any way, shape or form. It just doesn’t come naturally to me. My version of romance is making sure you’re fed and that all of your clothes are clean, folded and put away. I do have to get better at the romance thing, though, because my partner loves it, so I’m working on it.”

One thing that she and her alter ego have in common is that they ride or die for the people they love. She says she is more maternal than Mariah is and can’t wait to become a mom. “Ever since I knew I could be a mom, I’ve wanted to be one. Can’t wait. It’s a miracle I haven’t already had a baby.”