25 Years Of Elizabeth On General Hospital: Rebecca Herbst Gives The Scoop On ‘Friz’ 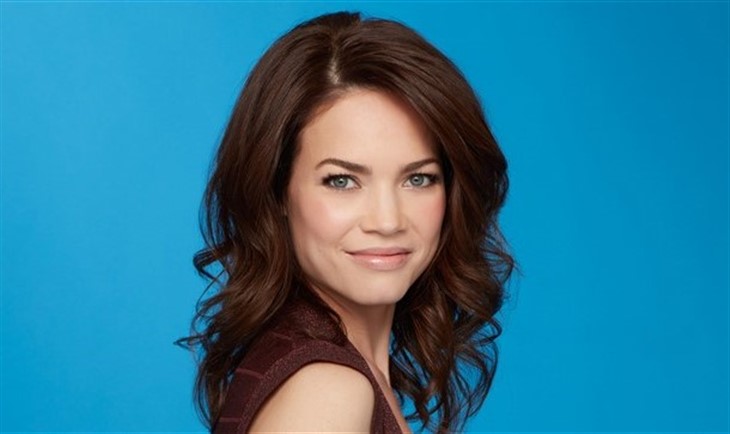 General Hospital star Rebecca Herbst may have had her most unexpected but popular pairing in her 25 years on the soap when the soap decided to match Elizabeth Webber up with reformed serial killer Franco Baldwin. And then the pairing was obliterated.

After Elizabeth’s disastrous time trying to hold onto a new and improved Jason Morgan, who eventually turned out to be Drew Cain as played by Billy Miller, she ended up falling for Franco Baldwin, surprising herself and fans.

Herbst’s obvious chemistry with Roger Howarth is what made this pairing work as the soap took its time with this couple before making them official. With Franco, Elizabeth got the family unit she had been searching for with her three sons as they absolutely adored him as fans adored the “Friz Fam”.

Despite his serial killer origins, fans accepted Franco in Elizabeth’s life, as did the rest of Port Charles. By the time he and Liz married, Franco was not the same character first played by James Franco, as Howarth turned him completely around when he took over the role.

Then, in 2021, GH decided to inexplicably kill Franco, leaving Liz alone to mourn and most of that mourning took place off-screen.

As she celebrates her quarter of a century in Port Charles and on GH, Herbst mused on the Friz pairing and remained as perplexed as the fans as to why it ended.

“I think Elizabeth grew up a lot in her relationship with Franco,” Herbst said in the August 9, 2022, issue of Soap Opera Digest. “It was the first time she was able to truly be honest with herself and stand up for herself and have a man support her, which was monumental in her life.

“Roger and I worked really well together,” she continued. “We had great chemistry. He’s another one where I really don’t understand why the writers decided to end things the way they did, but yeah, we had a lot of fun working together.”

With Howarth still on GH as Austin and Austin’s relationship with Maxie Jones (Kirsten Storms) not hitting the right note with fans, will Herbst and Howarth be paired again one day? Stay tuned to General Hospital weekdays to find out.