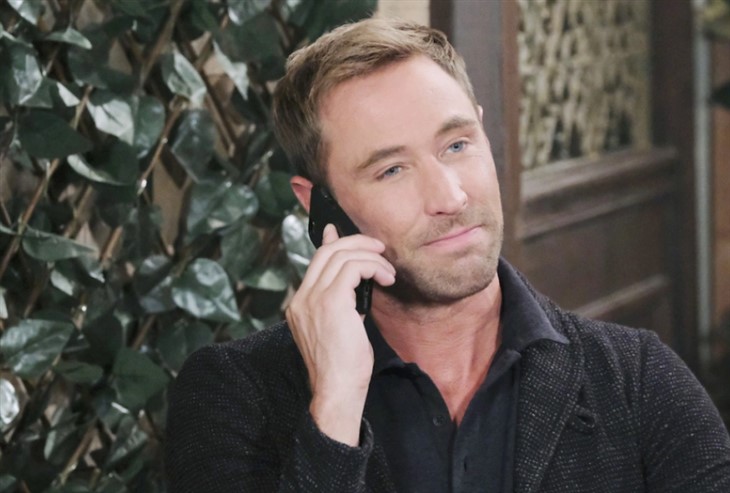 Days of Our Lives spoilers reveal more clues in the Abigail DiMera murder mystery and perhaps Sarah Horton didn’t do it after all.

Days Of Our Lives Spoilers – Sarah Horton As Suspect

Thanks to Lucas Horton (Bryan Dattilo) remembering seeing Sarah Horton (Linsey Godfrey) in Abigail’s room the night his niece was murdered, she is now a prime suspect in the case, but she has no memory of committing the crime.

However, things have not been right with Sarah for quite a while now as that drug works its way out of her system. She has imagined quite a few people as Kristen DiMera (Stacy Haiduk), the woman who ruined her life for more than a year, and she definitely wants to stab Kristen in all her rage. What if she thought Abigail (Marci Miller) was Kristen and killed her?

Xander Cook (Paul Telfer) and Maggie Kiriakis (Suzanne Rogers) can’t imagine that such a thing can be true and Xander is determined to do everything he can to learn what really happened that night, so how does Rex Brady come into play?

Kyle Lowder makes another return to DOOL this week as Rex Brady can clue the cops in on the fact that Sarah could not have been at the DiMera mansion that night because he knows exactly where Sarrah was. So, um, where was she?

Could Sarah have been having more memory confusion as a result of that drug and really been with Rex, thinking they were still together? We all know that Rex will fall into bed with a woman pretty quick and if he thinks his ex-fiance wants him, something naughty might have happened that could ruin Sarah and Xander’s reunion.

And if Sarah was with Rex, then who did Lucas see that night? Well, DAYS is the soap of the masks and Sarah masks have been quite a big deal in the last year. Even Gwen Rizcech (Emily O’Brien) had one for a while and had a lot of success with it. Did Gwen really sneak out of Statesville that night and kill her own sister while making herself look exactly like Sarah? It’s definitely possible and that would paint Gwen into a corner DAYS might not be able to write her out of. Stay tuned to Days of Our Lives weekdays to see how this story plays out.