The Bold And The Beautiful Spoilers: Deacon In Danger Of Arrest – Sheila On the Loose 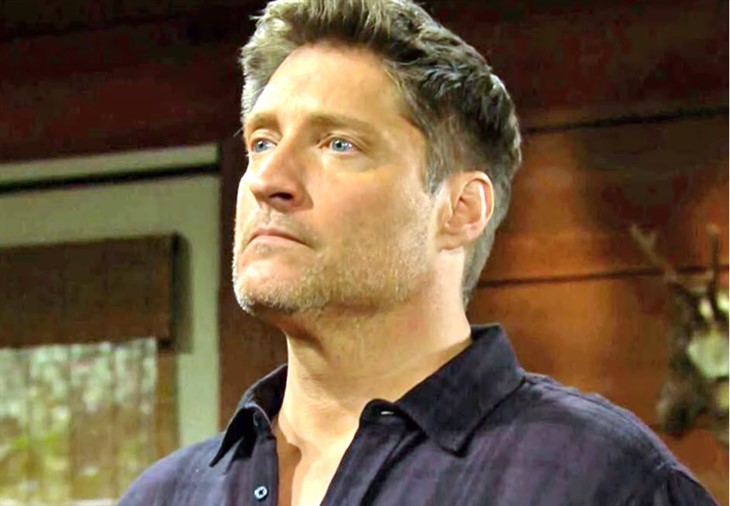 The Bold and the Beautiful spoilers document that Deacon Sharpe (Sean Kanan) will be forced into yet another bad spot by Sheila Carter (Kimberlin Brown). She turns to him after fleeing the scene just prior to when the authorities arrived, intending to arrest her.

However, fans can wonder if Deacon is the one who will be arrested. He is teased to cover for Sheila after Deputy Chief Bradley Baker (Dan Martin) seeks out Kanan’s character.

The arc was setup nicely. Sheila and Deacon were sitting at the bar at Il Giardino.

Daytime devotees recalled Sheila worked at the restaurant as a server during Brown’s prior stint (2017-2018) on the show. But that contract provided far less dramatic scripts then the actor’s current one.

Sheila proposed that she and Deacon team up. He rejected the idea. She persisted, and the rest became B&B history that has not ended yet.

Her other friend, Mike Guthrie (Ken Hanes), came through. He risked imprisonment when returning to the location where Sheila was holding Finn hostage. But Martin’s character and his officers arrived moments later. That happened just minutes after he cut Sheila free, and she escaped.

Friend number three is Deacon. While realizing the enormity of her crimes, he can not deny believing that they had a connection that seemed to be friendship. It was not, as her most recent encounter with him affirms.

Deacon promised the three ladies he cares about, Hope Spencer (Annika Noelle), Brooke Logan Forrester (Katherine Kelly Lang), and Taylor that he does not know where Sheila is and will report her to the authorities if she contacts him. He was telling the truth about the former but fails on the later.

Teasers indicate that Deacon does not tell the police that Sheila is with him when provided with an opportunity. He does so out of an apparent sense of fear.

Hopefully, Deacon is not implicated for harboring this fugitive. He has worked hard to build trust with his daughter, values the bond he has with Brooke, and sees potential to be more than a friend to Taylor someday.

Sheila was someone Deacon rightly tagged as someone he should avoid and definitely not help. His first instinct remains right on B&B.