The Bold And The Beautiful Spoilers: Deacon Panics, Baker Appears As Sheila Hides 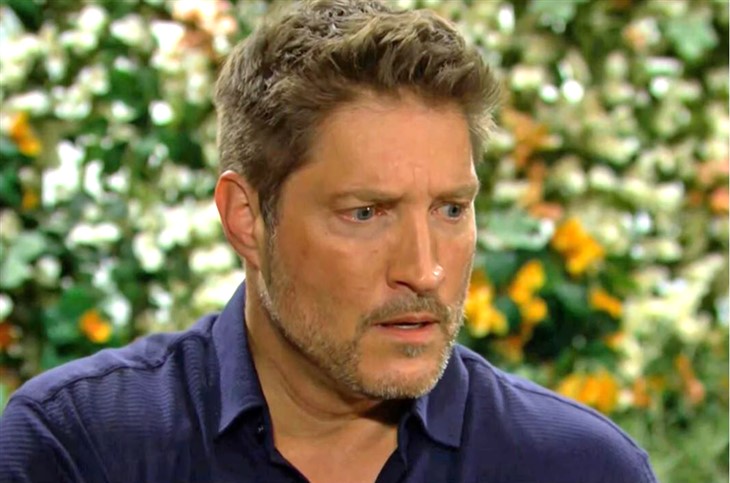 The Bold and the Beautiful spoilers reveal that Sheila Carter (Kimberlin Brown) got away once again. Sheila’s next stop is at Deacon Sharpe’s (Sean Kanan) place. Despite Deacon trying to keep Sheila out, she pushes her way inside. However, Deacon has to make a split-second decision when Deputy Chief Bradley Baker (Dan Martin) suddenly shows up as well.

The Bold And The Beautiful Spoilers – Sheila Carter’s Next Stop

B&B spoilers reveal that while John “Finn” Finnegan (Tanner Novlan) is searching for Steffy Forrester Finnegan (Jacqueline MacInnes Wood), Sheila is on the run. Since Mike Guthrie (Ken Hanes) has been arrested, Sheila doesn’t have anyone else to turn to. Running out of time and desperate to avoid prison, Sheila arrives at Deacon’s place.

Deacon is still traumatized from seeing Finn and Steffy’s bodies in the alley. Deacon is also on probation and has to watch his step or he goes back to prison. In addition to that, Deacon is working hard to prove he’s a changed man. Deacon made certain promises to Hope Logan Spencer (Annika Noelle) and doesn’t want to risk losing that relationship.

When Sheila shoves her way inside Deacon’s place, he tries to get her to leave. Deacon knows that Sheila is a fugitive. Just by Sheila being close to Deacon, it puts his freedom at risk.

The Bold And The Beautiful Spoilers – Crazy Story and Desperate Plea

The Bold and the Beautiful spoilers reveal that Sheila refuses to leave. Sheila gives Deacon a wild story and has a desperate request. Deacon doesn’t have much time to think, though. Suddenly, there is another unexpected visitor. That visitor just happens to be Baker, who likely has questions about Sheila.

It is teased that Deacon is forced to make a split-second decision that could affect his future. Will Deacon lie to Baker and claim he hasn’t seen or heard from Sheila? Or will Deacon tell Baker that Sheila is hiding just a few feet away?

Deacon will need to think fast and make the right choice. Even if Deacon is traumatized and believes Sheila’s story, once everyone finds out he covered for the villain, he could lose everything.

Not only would Deacon lose Hope’s respect but that would permanently close the door on all the progress he’s made with Brooke Logan Forrester (Katherine Kelly Lang) and Taylor Hayes (Krista Allen). Plus, Deacon could go back to prison.

What do you think Deacon will do when Baker shows up as Sheila is hiding? Will Deacon risk everything and cover for Sheila? Or will he tell Baker the truth despite the risk that Sheila could come after him later?