The Bold And The Beautiful Spoilers: Steffy And Finn Realize Miracle – Spectacular Reunion Scene In Monaco 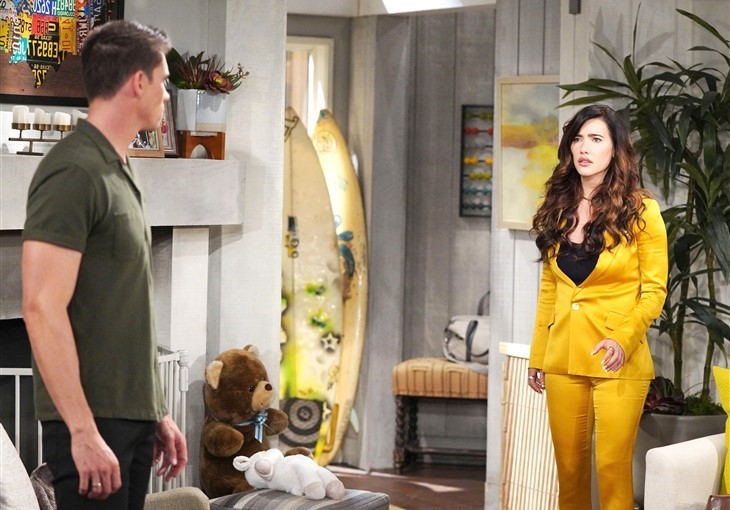 The Bold and the Beautiful spoilers document that Steffy Forrester Finnegan (Jacqueline MacInnes Wood) thought her husband was dead. John Finn Finnegan (Tanner Novlan) was driven to tell her that he lived. Yes, this was a classic soapy scenario.

High kudos to TPTB for filming the anticipated reunion scenes in Monaco. This return to a location setting shoot simultaneously signaled the climax to this strong arc and a return to normal in daytime land.

It was wonderful to have a church setting serve as a source of solace and soon-realized prayers. Yes, daytime can be uplifting and inclusive of those countless fans who incorporate more than what exists on this earth as part of their lives.

The Bold And The Beautiful Spoilers: Deacon Panics, Baker Appears As Sheila Hides

Steffy was forlorn. Who would not project the same demeanor after all that has happened in recent months?

The appearance of a Good Samaritan was fitting. Cecile (no last name known for the character played by Ayda Field) saw that Steffy looked depressed, spoke with her, touched her arm, and implied that visiting the church could help.

Field is a Days of our Lives alumni. She portrayed Angela Moroni on DOOL in the early 2000s.

The gorgeous outdoor scenes, that were recorded approximately six weeks ago, provided a memorable backdrop. Ridge Forrester (Thorsten Kaye) and Krista Allen (Taylor Hayes) were searching for their daughter while Finn was doing the same.

The pairing of Ridge and Taylor is intriguing because the chances of them reviving their romance recently appeared to end. Ridge was honest, telling Taylor that he decided to move back with Brooke Logan Forrester (Katherine Kelly Lang), fully reconciling with her.

Whether the task at hand provides more than this brief time together will play out when everyone returns to Los Angeles, California.

As the audience knows, Finn was transferred from the hospital were Li Finnegan (Naomi Matsuda) was on call to the location where she cared for him this summer.

Considering the significance of his injuries, that resulted due to the bullet Sheila Carter (Kimberlin Brown) is responsible for putting into him, it is remarkable that he not only survived but is demonstrating near superhuman strength during this overseas trip.

Such is the power of his love for Steffy and their family during what continues to be one of this soap opera’s more satisfying story lines in years.