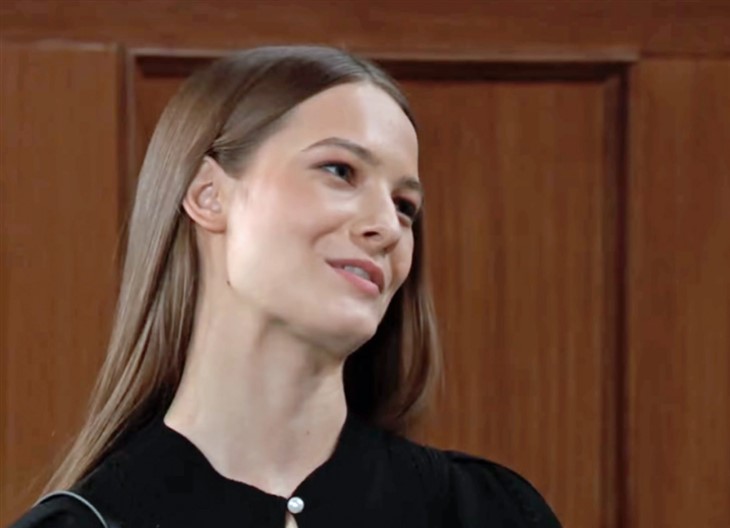 General Hospital has done nothing but torture Sasha Gilmore Corbin for years now, with her only getting a reprieve when she was unexpectedly pregnant and endured an idyllic pregnancy. Over the last year, the show has also done nothing but allow Esme Prince to inflict torture everywhere she went. Never forget, that these two stories met up to bring Sasha where she is now.

Sasha (Sofia Mattsson) is nowhere near finished with drugs and all the horrible things happening to her. She’s about to be exposed in the press as she enjoys a wild drug-induced night out at the Metro Court Gardens. Only weeks ago, she lost it on live TV when she was forced to hold a doll in a carrier that she thought was her dead baby son.

And how did Sasha end up the mother of a dead newborn? A placental abruption that was not caught on time and how was it night caught on time? Because Sasha was delayed in getting to the hospital after her water broke. Her labor also didn’t progress after her water broke, making things more dangerous during her little delay at Ava Jerome’s (Maura West) gallery. And why was Sasha delayed? That brings us to…

It has since been ignored and that’s probably why it was easy to forget that it was Esme Prince (Avery Kristen Pohl) who locked Sasha and Gladys Corbin (Bonnie Burroughs) in a storage room thinking she was really locking Trina Robinson (then played by Sydney Mikayla). So, Esme’s jealousy and mean streak inadvertently trapped Sasha and Gladys, with Sasha going into labor and having to wait things out before finally being transported to the hospital.

That’s when Sasha’s idyllic pregnancy became a nightmare, forcing her to have an emergency C-section and a baby whose brain had been deprived of oxygen for too long. Dead Baby Christmas was one of the saddest things GH could have given us and it was all courtesy of Esme, a character who likely has not finished.

Yes, she may have gone over the parapet thanks to a glorious catfight with Ava, but never have any doubts that death has not become her yet. Stay tuned to General Hospital weekdays to see if Sasha ever gets peace and if Esme lives again.