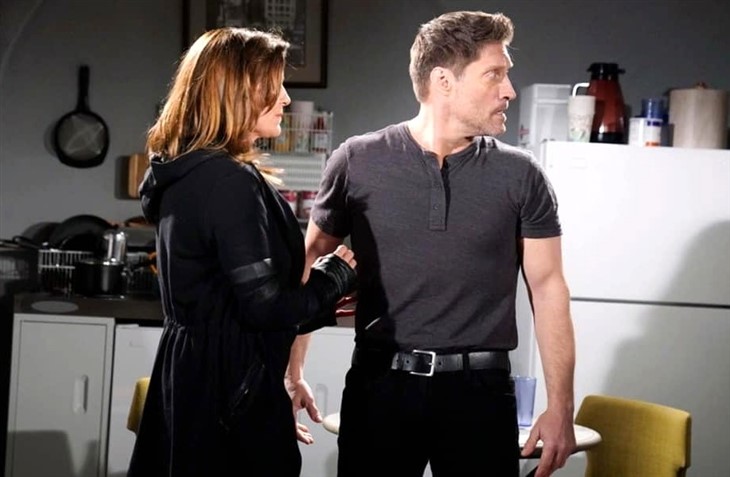 Deacon remains on probation while he completes his obligation to the state. Devoted viewers recall that Kanan’s character tried to kill Quinn Fuller (Rena Sofer) as part of a revenge play for her attempting to do the same. His subsequent prison stay ended. That eventually led to an unplanned meeting with Sheila at Il Giordino’s bar.

The Bold And The Beautiful Spoilers: Steffy And Finn Realize Miracle – Spectacular Reunion Scene In Monaco

The Bold And The Beautiful Spoilers – Being Used In Daytime

Deacon was direct with Sheila, as he has not been before. He told her that she was not going to use him.

Sheila sought Deacon out because she said he is a friend. In her mind, he had no place to turn and benefited from her presence in his life. Hardly, as B&B viewers would attest.

Yet, he demurred when faced with the opportunity to turn Sheila in. Deacon left Sheila alone in the postage stamp apartment he currently occupies.

Deacon would likely be put back in prison if the police connect him to Sheila. She is on the run after escaping from jail with the help of her longtime accomplice, Mike Guthrie (Ken Hanes).

One only needs to reference Hanes’ character to learn about the consequences anyone can realize by choosing to support Sheila’s criminal actions. She is bad news, period.

It was surprising that Deputy Chief Baker did not ask to enter Deacon’s apartment or that he did not purposely wave him in. Doing so would have led to Sheila’s arrest, as she was hiding out in the bathroom, with no known exit other than the front door where the police were standing.

Sheila appears to be out of options. The only person she has not contacted, who was previously someone she could manipulate, was Jack Finnegan (Ted King).

Jack likely received a texted photo from Taylor Hayes (Krista Allen) that shows his son standing reunited with Steffy Forrester Finnegan (Jacqueline MacInnes Wood). So, if Sheila attempts to contact him, Jack will be further emboldened to turn her in.

Brown’s character appears to have reached the end of her latest run on B&B. Sheila will either be captured or escape LA, as a fatal alternative seems almost impossible for one of daytime’s all-time villains.