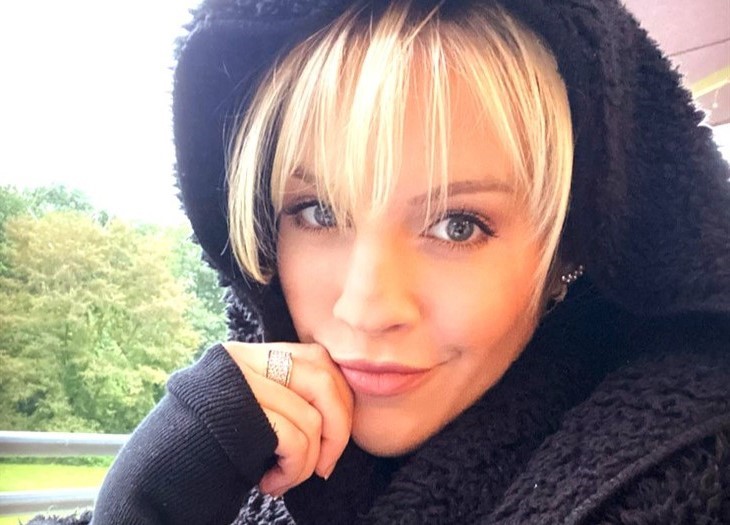 Hunter King left the role which was recast with Allison Lanier.

The Young And The Restless Spoilers – Kristen Alderson Returns To Daytime?

The actress said in a recent Soap Opera Digest podcast, “So, I auditioned for Summer for The Young and the Restless. I got really excited about it. I totally sent them a video talking about how I had a huge crush on Victor Newman growing up.”

She relayed next that the show got back with her and let her know that they were looking for someone who more closely resembled King. “We do look very different,” Alderson noted.

To be fair, King, Alderson and Lanier are all stunning blondes with mad acting skills. Lanier bears a strong resemblance to King and she has been slaying it in the recast. Would Alderson have fit right in as well? She surely would have but we have a hunch that if she wants to return to daytime, daytime will find a place for her!

Alderson played Starr Manning on the ABC’s One Life to Live for 15 years, a role she later reprised on ABC’s General Hospital. The beautiful and talented actress grew up onscreen and fans grew to love her as the daughter of ruthless Todd Manning (Roger Howarth) and Blair Kramer (Kassie DePaiva).

Starr may have been the only thing redeeming about Todd who was a dark character. Fans were divided over his past as a rapist and because of that many never warmed to the character despite his long run on the sudser. Starr served to humanize him, as he adored her and was generally a decent human being where his daughter was concerned.

The Young and the Restless Spoilers – ABC Hits The Jackpot

After OLTL was canceled, Alderson took Starr to GH in 2012. Show rights issues led to Starr and her father Todd being axed from GH after about a year. Alderson then came back as Kiki Jerome.

In 2015 Alderson decided not to renew her contract and the role of Kiki Jerome was recast with Hayley Erin.

Needless to say, daytime fans would love to see Alderson back onscreen on one of the four remaining daytime soaps. Clearly the actress herself wants to return, so fingers crossed that fans and Alderson get their wish very soon!

Fun Fact: In 2013 Alderson received a Daytime Emmy Award for Outstanding Younger Actress in a Drama Series for her work as Starr on General Hospital in 2012.