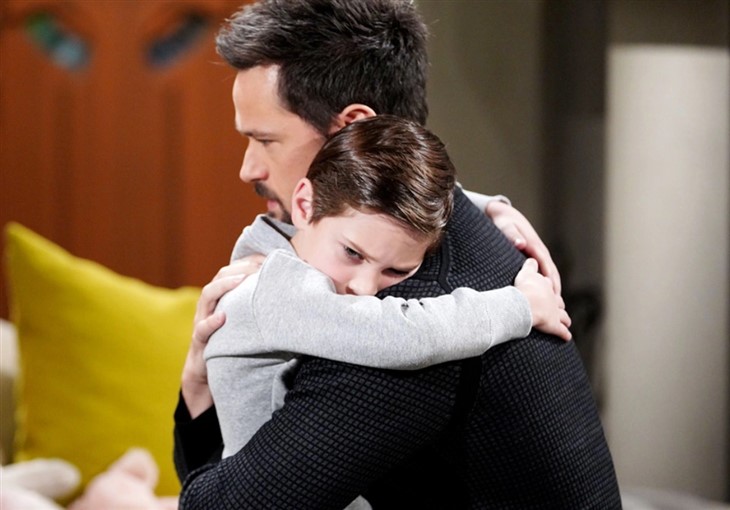 The Bold and the Beautiful (B&B) spoilers reveal that Steffy Forrester’s (Jacqueline MacInnes Wood) happiness over being reunited with her undead husband John Finnegan (Tanner Novlan) will be short lived. She has a hard time excusing his mom for keeping him alive (the nerve!) and she will soon tangle with stepsister Hope Spencer (Annika Noelle).

The Bold And The Beautiful Spoilers – Hope Logan Fights Back

During the week of August 8-12, Thomas tells Hope he wants his son back. The same one he gaslighted in an effort to win her love, the plan that backfired horribly. Can Thomas be trusted to raise the boy without malice?

Thomas’s plan includes a permanent custody arrangement and Hope will have reservations. She and Liam Spencer (Scott Clifton) have been raising him alongside Beth Spencer (River Davidson) and the family has become attached. It will be very hard to switch things up for Douglas who has visits with Thomas.

Thomas has been hearing from his mom Taylor Hayes (Krista Allen) and sister Steffy that they don’t approve of the situation he is in and it looks like their words cause him to take action.

Taylor and Steffy feel that father and son should be reunited now that Thomas has been rehabilitated. Thomas’ dad Ridge Forrester (Thorsten Kaye) will probably join the others in the fray and so it looks like a Forrester vs. Logan throwdown is set for the octagon.

Will Thomas push for full custody? Steffy is now reunited with Finn and there is the chance that Tridge will get back together, so look for her to now want Thomas and Douglas to be together. Never mind the fact that she isn’t the one who will have to raise him. And, before his kin stared croaking about this issue, Thomas seemed fine with the current custody arrangement. So, is his heart really into this idea, is he ready to be a fulltime parent?

The Bold And The Beautiful Spoilers – Hope Logan Is Not Sure

Hope will have her doubts considering Thomas’ history. And if he goes into this not fully committed, will Douglas be the one to pay the price of Thomas’ capriciousness once again?