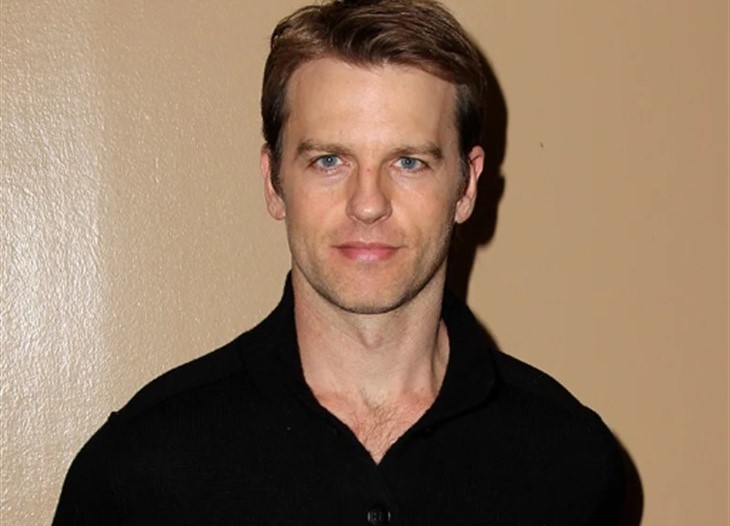 The Young and the Restless (Y&R) spoilers hint that there could be a Dylan McAvoy (formerly Steve Burton, ex Jason Morgan, General Hospital) recast on the horizon. Yesterday giant soap news broke, revealing that the show has cast a heavyweight daytime actor and the rumor mill is on fire about who he will play.

Could it be Sharon Rosales’ (Sharon Case) ex-husband who until now was known to be in the witness protection program?

The Young And The Restless Spoilers – Heavyweight Recast

Trevor St. John has joined the cast and as should be expected, the show is keeping a tight lid on the details. Needless to say, soap fans are excited to see the former star of One Life To Live in a mysterious role. What we do know is that he begins taping this month, hence the fall debut date.

St. John played Todd Manning/Victor Lord, Jr. on ABC’s One Life to Live for 10 years. Roger Howarth was previously in the role, which he reprised on General Hospital for a short run. Rights issues led the show to recast Howarth as Franco Baldwin and now he is playing the character Austin Gatlin-Holt.

St. John’s credits include ABC’s Promised Land, Roswell, New Mexico and Patrick Wang’s independent drama films, In the Family and The Grief of Others.

Sharon’s last husband, Rey Rosales (Jordi Vilasuso), died recently in a tragic car crash, and some fans think the recast will bring back her former husband Dylan to pick up where they left off.

Dylan and Sharon divorced so that she would be protected when he was forced into the witness protection program. It was a matter of life and death, and Sharon could still have lingering feelings for him given the abrupt nature of his departure.

There are other speculation strings worth noting as well. Nikki Newman (Melody Thomas Scott) is investigating Diane Jenkins’ (Susan Walters) past in Los Angeles. Explosive show spoilers reveal that the investigation turns up a surprising link to the past—could it be a connection between Diane and Dylan who is Nikki’s biological son?

The Young And The Restless Spoilers: Sally Continues To Give Adam The Cold Shoulder while Giving Nick The Third Degree #yr #youngandrestlesshttps://t.co/3rM8DwoOoL

Or, could the newbie be connected to bad guy Ashland Locke (Robert Newman) who recently perished under mysterious circumstances? Surely that would bring a kinfolk out of the woodwork wanting more answers. Tell us who you think St. John will play Y&R fans!